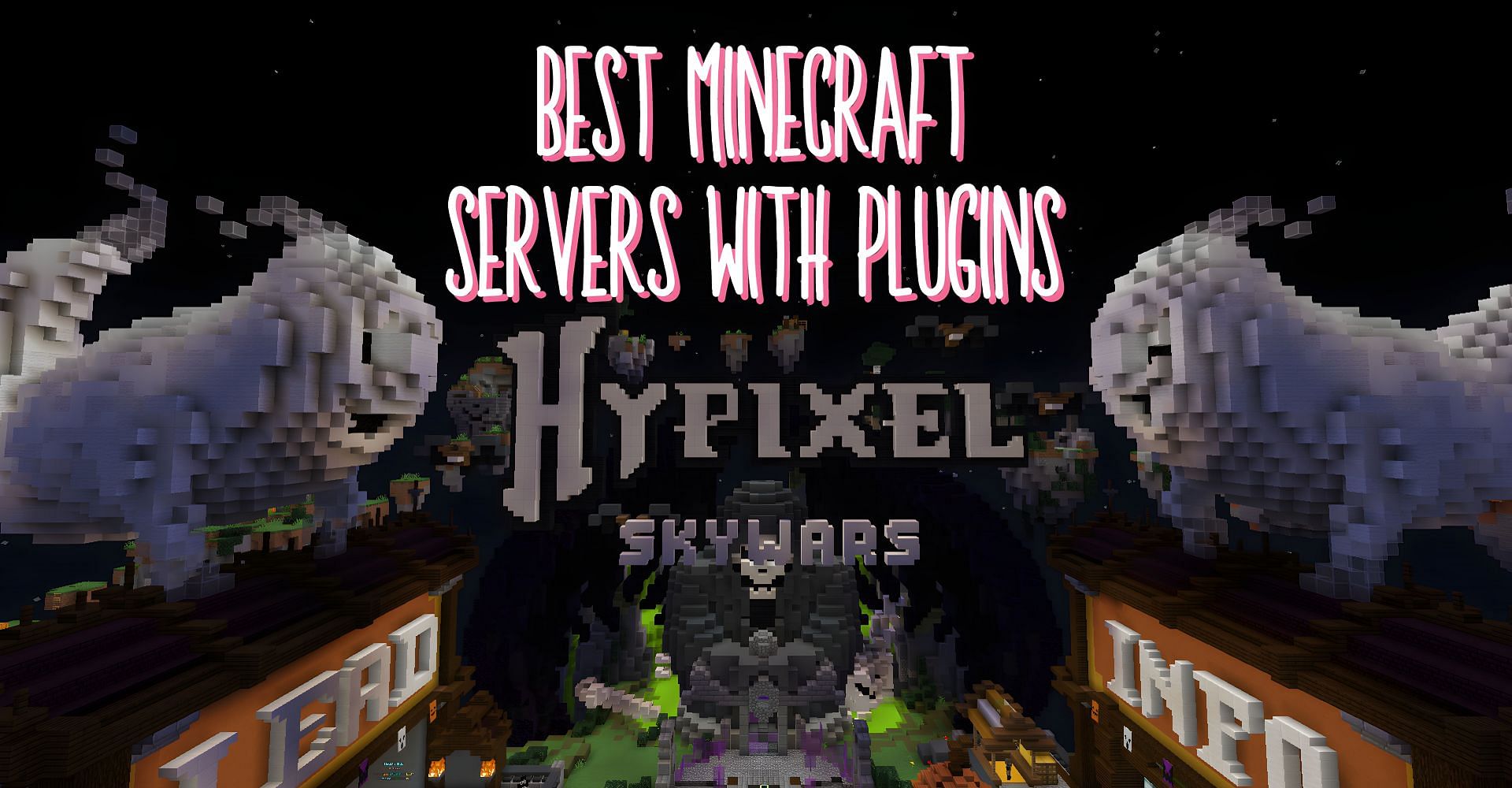 There are many Minecraft servers out there and it can be difficult for players to find one that meets their needs.

Many developers use plugins to create code and connect it to their servers. Plugins are more limited in what they can achieve because, unlike mods, they don’t modify the game itself.

This list highlights three of the best Minecraft servers with plugins.

Note: This article is subjective and reflects the opinions of the author only.

PurplePrison is a Minecraft prison server with a twist. It has been around since 2014 and over a million players have joined.

PurplePrison is an OP prison server with a ton of features based on regular Minecraft, so it doesn’t take much away from the original game.

Players start as “New Inmate”. They must rise in rank and dominate the prison. They can achieve this by using features like the server’s black market and a massive Discord server with over 70,000 members to trade information and items with.

PurplePrison has a ton of amazing plugins that add features like the ability to play with other players through a coinflip system. Players can also access the plot world on the server with the “auto plot” command and create their own builds.

Another important feature of the server is its PvP, which focuses on the normal 1.8 combat system. The best weapon is an item called Omega Axe, which has 85 Sharpness.

Players are constantly fighting on this server. With the ability to form gangs, they can even start gang wars.

If players are looking for a Minecraft server that has just about every plugin in the book, they should look no further than Wynncraft. This server has an RPG feel to it and is designed to be more of a custom server than anything else. Its community is very pleasant and welcoming, so if a player’s application is accepted, it won’t be too difficult for them to fit in.

Wynncraft encourages players to explore the vast lands, cities, and oceans while slaying monsters to level up and accumulate experience. A player character can use armor, weapons, and accessories after leveling up.

Also, completing quests will increase experience, and each quest has a level requirement. Warrior, Archer, Mage, Shaman, and Assassin are the five playable classes available, each with their own weapons and quirks.

Wynncraft also just released a major overhaul called Wynncraft 2.0, which offers over 350 abilities, tons of new quests, dungeons, and even endgame raids. The server actively has thousands of players regardless of the hour.

Hypixel is one of the best Minecraft servers with plugins. It has a huge community and lots of different mini games. This server has been around for a long time and continues to operate.

Hypixel is the largest server in the world, averaging tens of thousands of players per day. It has so much funding due to its size, which means that its developers create the best minigames around, with tons of unique features not seen anywhere else.

The Hypixel server offers many different types of mini-games, which is what it is primarily known for. These include:

1) Plugins can add tons of new features and capabilities. However, it can sometimes be difficult to know the exact scope of what a plugin does. Players should always do their research. Information about most plugins is available online for easy access.

2) If players are looking to use plugins to create their own Minecraft server, tons of free plugins are available on websites like Curseforge and Spigotmc. For a detailed tutorial on creating a server, readers can click this link.