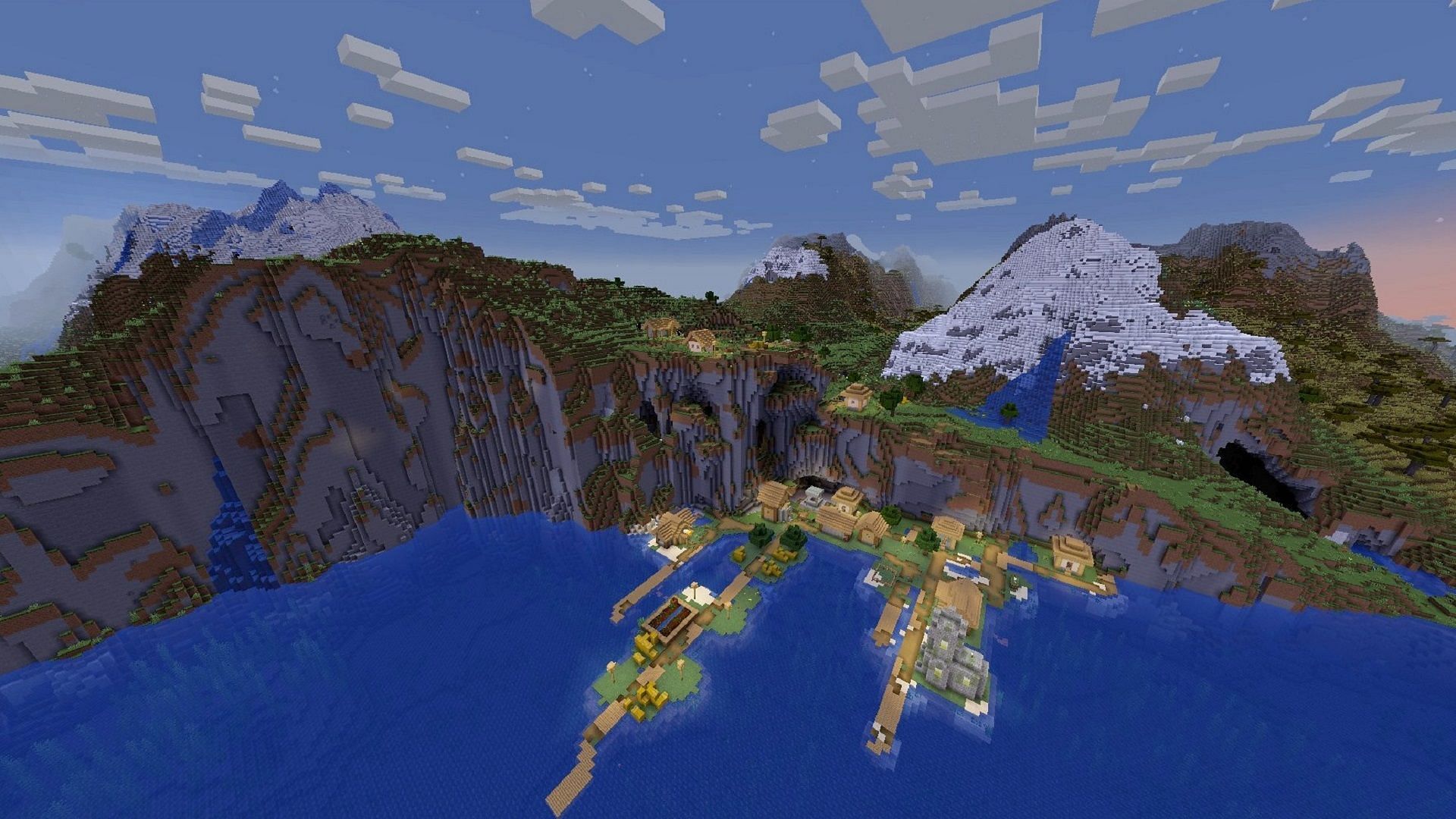 Being a beginner in Minecraft can be tough, as there’s a lot to learn in Survival mode and so little time to do it. Nightfall arrives in no time and hostile monsters begin to appear in droves, which complicates things considerably for new players.

To make a new Minecraft adventure a little easier, new players can use a world seed to gain an edge. This way they can quickly access supplies or shelters if needed and avoid the more difficult aspects of Survival Mode.

There are tons of seeds to choose from in version 1.19, so finding the right one for a fresh-faced fan can be tricky.

Below, new Minecraft players can find some great seeds that can help get them started on the right foot.

Note: This article is subjective and reflects the opinions of the author

As far as solid early starts go, this Minecraft seed should offer plenty of materials and security.

Newcomers will start in a mountain valley with a pleasant grassland biome. A village is located nearby (X: 48, Z: 144), where players can trade and access houses for shelter.

For additional villages, players can head to (X: 80, Z: -224) and (X: -464, Z: -144). The ancient village also has an ancient city beneath its depths, which is a great opportunity for exploration once players gear up with gear and enchantments.

While this particular Minecraft seed might look unspectacular at first glance, it has a lot of benefits. Starting in a plains biome, players will have access to a river for water and a forest for wood resources. A stony shore can also be found to the south, where players can mine stone without going underground. There may even be minerals available at the surface level.

This might be intimidating for newcomers to Minecraft. However, once they learn the ropes, they can return to the dungeon and farm mobs there for items and XP orbs.

If players want something different, this seed might be what they’re looking for.

Players will start in a frozen taiga adjacent to a huge pit leading into the water. However, after diving into the pit itself, they will notice a lush cave biome just waiting to be explored.

Survival islands can be some of the most entertaining starting areas in Minecraft, and this seed’s spawn island has a huge range of biomes to harvest.

To the north, northeast, and east of the spawn point, players will find several villages, the closest being located at (X: 216, Z: -888).

Players just need to be careful while exploring, as the mountains of this island are full of ancient cities. There is also a looter outpost of note (X: 488, Z: 360).

It’s not often that multiple villages spawn nearby in Minecraft, and this seed has a total of four on a single survival island.

The island itself has only plains and beaches, but it can be a perfectly safe and simple starting point. The four villages on the island are full of helpful Minecraft villagers ready to trade and help players.

2022-10-11
Previous Post: Call of Duty: What if it was the new Minecraft after the Xbox e-acquisition?
Next Post: How to Get Skins for Minecraft Bedrock and Java Edition in 2022