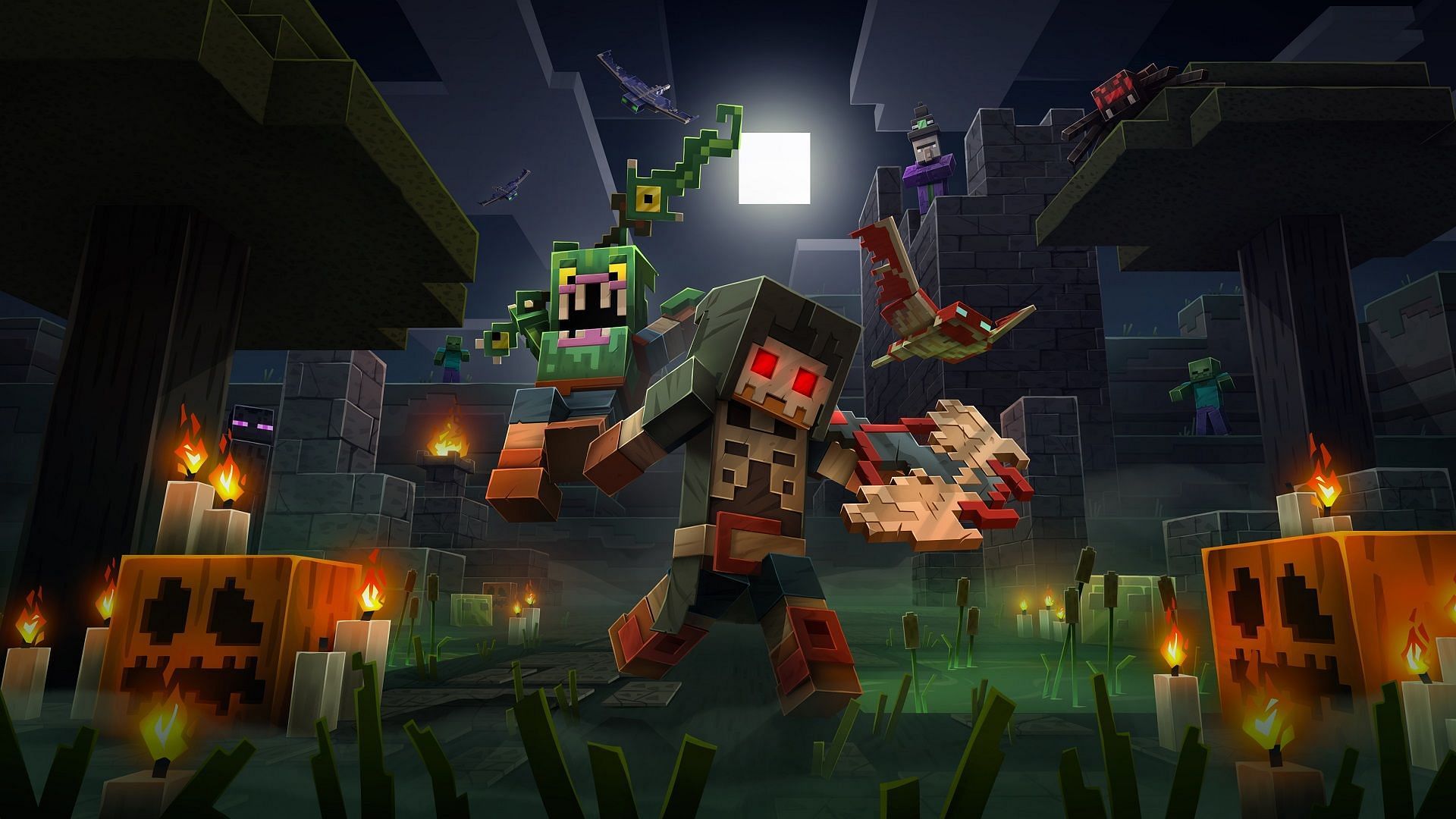 All the new features announced at Minecraft Live 2022

Minecraft Dungeons was far from forgotten when Minecraft Live 2022 premiered on October 15, 2022.

Mojang developers have detailed the game’s upcoming new features and content updates for dungeon diggers around the world.

For action-RPG fans who are still engrossed in the dungeon-combing spinoff, there’s plenty to get excited about.

Mojang has announced a third seasonal adventure as well as the return of the Halloween-themed Spooky Fall event. Players will be able to collect new cosmetics, interact with a new merchant, and even work together to complete the overhauled tower map.

If players missed the Minecraft Live festivities, there’s plenty to catch up on. It won’t hurt to be aware of these updates so they won’t be taken by surprise.

Spooky Fall, Treetop Tangle and all the other new reveals for Minecraft Dungeons at Minecraft Live 2022

While fall may be upon us, Minecraft Dungeons’ latest seasonal adventure takes players back to summer.

The third adventure is titled Fauna Faire and will be heavily focused on pets and monsters. As heroes complete their new Adventure Pass, they’ll unlock animal-themed cosmetics for their character and even pick up new pets along the way.

As with previous seasons, the Adventure Pass will be split into free and paid tracks. Players can collect free rewards for defeating enemies and completing challenges, but if they purchase the full Adventure Pass they will also have access to paid rewards.

The tower has remained a staple since Minecraft Dungeons’ first seasonal adventure, and it’s changed its layout again.

However, that’s not the only new change coming to the tower, as players can now team up and take on the map in a party of four adventurers. The map has also been reworked to make gameplay and team rewards easier.

So far, what is known about the new tower layout is that the Windswept Peaks, Cacti Canyon, and The End areas will be available. New bosses from Minecraft Dungeons will also be present inside, such as the Tempest Golem and the Ancient Guardian.

The beloved Spooky Fall event for Minecraft Dungeons returns for another year under the “Spookyfest” banner, beginning October 26, 2022.

Lots of scares will abound in the game during this time, but that’s not all. In addition to being able to acquire gear sets like the Hungriest Horror and Cloaked armor sets, Minecraft: Bedrock Edition players can also enjoy Spookyfest content.

Bedrock players can download the Dungeon Heroes Skin Pack, which provides spooky skins that can be used in Bedrock Edition as well as Minecraft Dungeons itself. There will also be more Halloween-based content coming to the Minecraft Marketplace.

Camp Rework and The Enchantsmith

Previously an unreleased merchant NPC, the Enchantsmith has finally made its debut at the Fauna Faire. This mystical villager is able to boost the stats and perks of a player’s desired gear.

The Enchantsmith will undoubtedly help heroes hoping to maximize their build, especially at higher difficulty levels.

The Minecraft Dungeons player camp is seeing a visual revitalization. According to Minecraft Live, players can enjoy new lighting and decorations in the camp, as well as a new loading screen and more.

Previously datamined by the Minecraft Dungeons community over the past few months, Mojang has rolled out a new free map known as the Treetop Tangle.

Set in Jungle Island, Treetop Tangle follows players as they scale the branches of a massive tree. In addition to the mysteries that this card offers, players even have the option of obtaining new equipment to increase their abilities.

Some of the known gear introduced in this map include the Soul Totem of Casting Artifact, the Root Rot Armor Set, and the Black Spot Armor Set. Best of all, Minecraft Dungeons heroes won’t need to have purchased the Jungle Awakens DLC to explore this new map.

Along with the many content updates and tweaks seen in the Fauna Faire, Minecraft Dungeons players will also experience several tweaks and fixes that Mojang has been promising for some time.

The developers have stated that countless pieces of weapons, armor, and artifacts will have their stats and abilities reviewed. They added that when looking at these pieces of gear, they will be focusing primarily on buffs rather than nerfs. This can result in new builds and loadouts that can help Minecraft Dungeons heroes on their quest across the world.