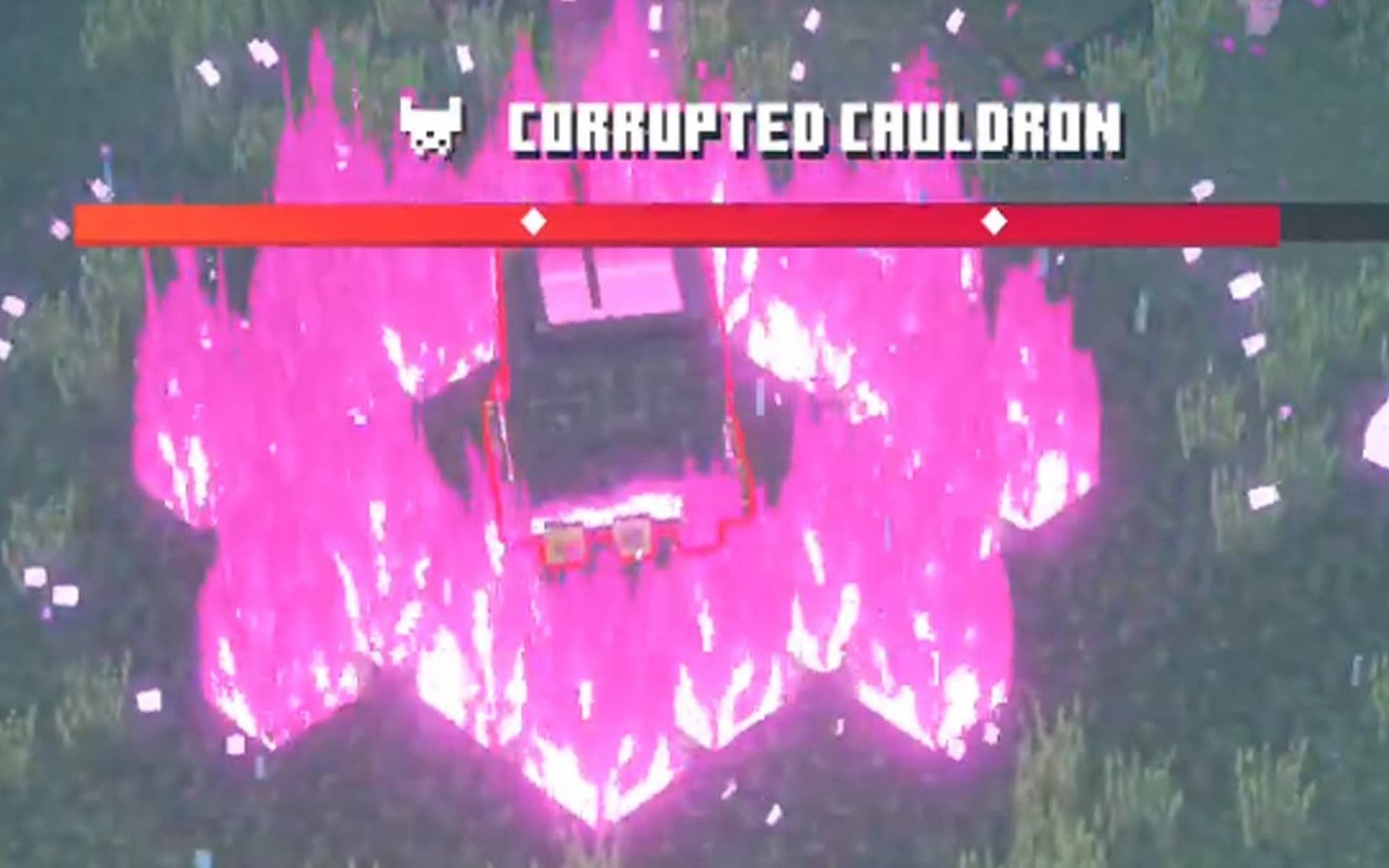 How to Beat the Corrupted Cauldron in Minecraft Dungeons

Minecraft Dungeons is a game where players can team up with their friends to battle the hordes of Illager and eventually defeat the Arch-Illager. Many enemies will stand in the player’s way during this quest, including classic Minecraft mobs like creepers and endermen.

However, at the end of certain stages, players will have to face bosses that will test their abilities to the limit in order to defeat them. Corrupted Cauldron, one of these bosses, rules the Soggy Swamp level. With its magic attacks and summoning ability, this magic cauldron has the potential to wreak havoc.

Here’s everything players need to know to defeat him.

Navigating through the soggy swamp in Minecraft Dungeons can be a difficult task in itself. But it really heats up when you hit the field with the Corrupted Cauldron. When the Arch-Illager approaches the Cauldron, it will revive before disappearing. This will initiate the boss fight phase of the level.

The general mechanics of the boss fight with the Corrupted Cauldron in Minecraft Dungeons are as follows: it will start shooting purple flames towards the player, which will form a ring around it. These flames are extremely dangerous if touched and should be avoided. For a brief moment before they land, you can see where they will land. Use this time to move to an open area.

In addition to unleashing the hateful flames, the Corrupted Cauldron will begin summoning reinforcements into the fray. It can be any of the various monsters in the level, including slimes with projectile attacks. It is essential to eliminate these mobs quickly before the Corrupted Cauldron launches its next wave of attack.

After dodging the flames and defeating the mobs, dash into the cauldron and deal melee damage. Try to get as many hits as possible before running away from the flames.

Keep dodging the flames, defeating the monsters, and hitting the cauldron until he’s defeated.

Additional Tips for Defeating the Corrupted Cauldron in Minecraft Dungeons

To make the fight easier, use weapons with AoE-like effects. While axes and hammers are slower to use, they deal massive damage in a wide area and can help you deal with hordes of monsters summoned by the Corrupted Cauldron.

Make sure your gear has plenty of enchantments. Certain abilities, such as Radiance, can keep your character alive longer by healing them during combat. Additionally, enchantments such as Critical Strike or Sharpness can greatly increase the damage dealt by the player, resulting in a faster fight.

Let your potion and skills recharge before you start fighting. If you get overwhelmed, there’s a spot in the northeast corner that’s elevated above the rest of the arena. If you can get up there, fires and mobs won’t be able to reach you, allowing you to recharge.

Finally, while your other abilities are charging, using a bow or crossbow to damage the boss while moving can be beneficial.

By following these tips, players should be able to make this fight much easier and emerge victorious, bringing them one step closer to defeating the evil Arch-Illager in Minecraft Dungeons.

2022-11-24
Previous Post: How to Unlock Shops in Minecraft Dungeons