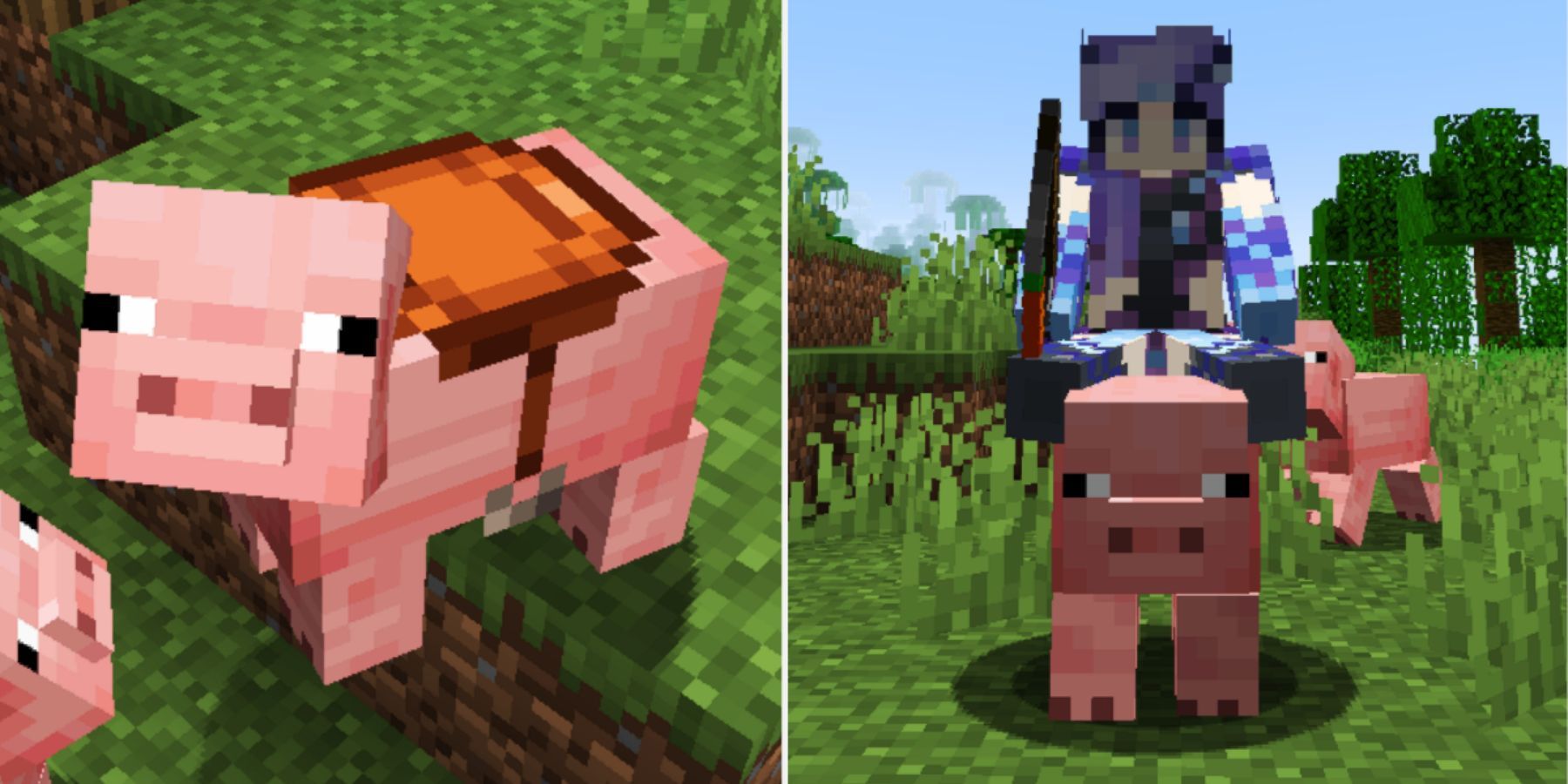 How to ride a pig

from Minecraft open world comes with a variety of mobs that players can interact with. Most passive mobs will drop food that can be consumed to maintain hunger, but a few of these mobs also have additional functionality, including being used as mounts to move from point to point.

How to Ride a Pig in Minecraft

Pigs are not typical Minecraft mounts. First of all, they will not be able to compete with horses in terms of profitability and speed. The maximum speed of horses is almost twice that of pigs, according to the Minecraft Wiki, so choosing to ride a pig is a bit inefficient and weird, usually done as a novelty.

That said, it’s a cool experience, requiring two key items for players to get their hands on: a saddle and a carrot on a stick. Without these items, it is impossible to ride a pig in vanilla Minecraft.

The saddles will be the difficult part of riding a pig in Minecraft as saddles cannot be crafted by the player at this time. Saddles are instead considered somewhat valuable loot that can be found in a variety of places in from Minecraft world.

First, players can travel to a village and approach a leatherworker villager and trade a saddle with them. They have a 50/50 chance of selling one once they are a master level trader, and it can take players a while to level the villager.

Another option is to go fishing. One of the possible loot options for fishing is finding a saddle, though players should ensure they are fishing in a location where they can find treasure loot. This means that AFK fish farms with a water block will not be eligible to get a saddle.

The primary method of obtaining a saddle that all players will likely choose is to obtain it through structure loot or mob drops. A few select mobs will drop a saddle (Ravagers, Striders with Zombified Piglins, etc.). Certain locations will also have a high chance of containing a chest with a saddle, including villages, dungeons, nether fortresses, desert temples, jungle temples, bastion remnants, end towns, and fortresses. Desert Temples, Dungeons, and Nether Fortresses have the highest chance of dropping a saddle.

With such a variety of locations to traverse, players are bound to stumble upon a saddle at some point without much effort.

Make a carrot on a stick

Once players have a saddle ready, they will only need one more item before approaching a pig. In order to actually control the pig, players will need to craft a carrot on a stick. Simply combine a fishing rod with a carrot inside the crafting grid to get one.

RELATED: Minecraft: Things To Do If You’re Bored

Fishing rods can be crafted with three sticks and two pieces of string, and can also be found as loot in ocean ruins protected by drowned mobs. Carrots can usually be discovered in farm villages, or inside shipwreck chests, or they can even be dropped by zombies. Pillager outposts also have a chance to spawn carrots in them, so if players come across one, be sure to check inside.

Find a pig and ride it

With both a saddle and a carrot on a stick acquired, players only need to find a pig. These are common passive mobs found almost all over the world, so this task shouldn’t be too difficult or time-consuming.

Minecraft is available on PC, PlayStation 4, Xbox One, Nintendo Switch, Android, iOS and many other devices.