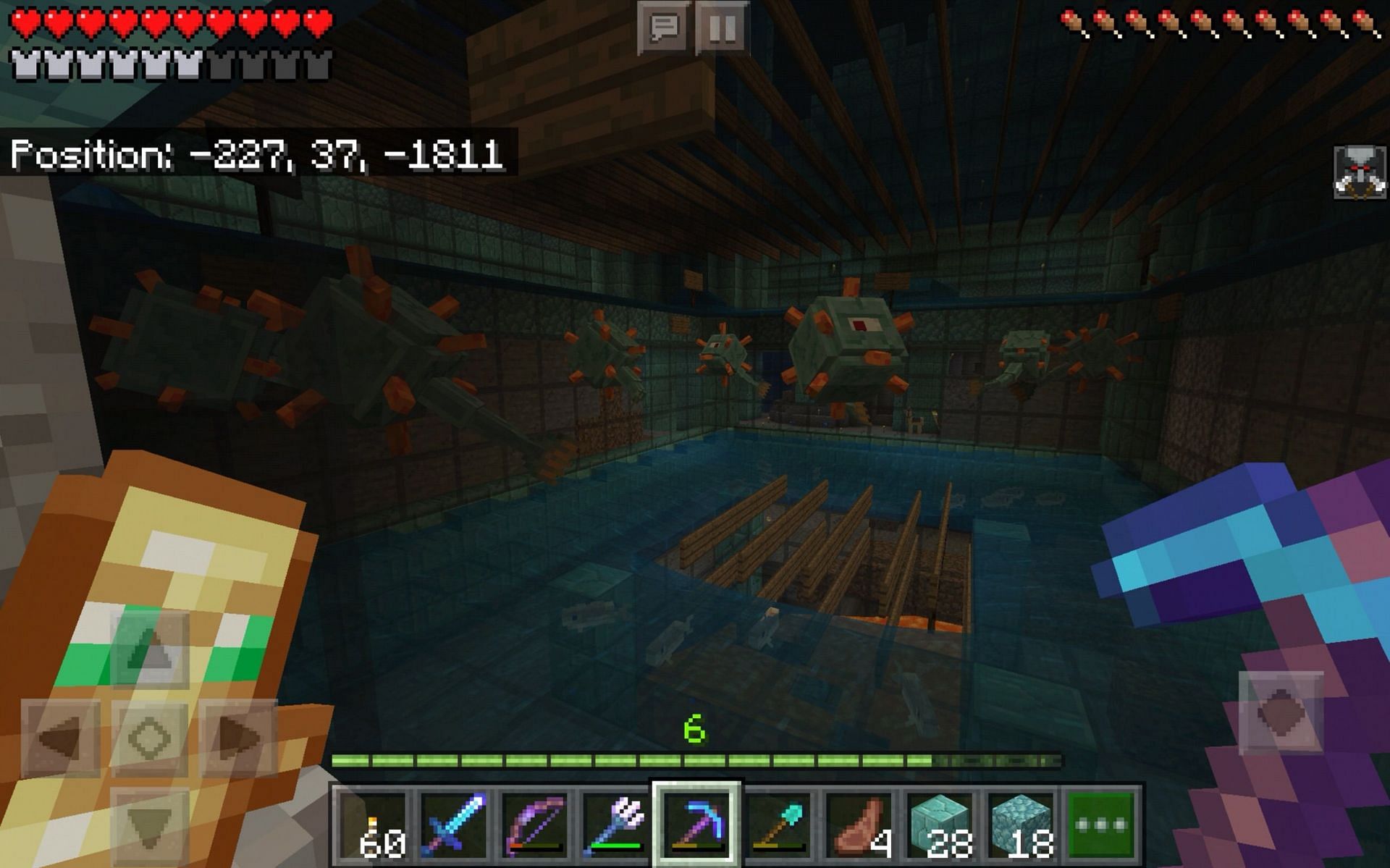 Minecraft has over ten years of active game development. For many of those years and much of the game’s updates, betas, previews, and pre-releases have existed. These betas are ways for the game developers to fix bugs discovered by players, as well as modify game features to work as intended if they don’t.

The latest of these beta previews is Bedrock’s recently announced beta 1.19.40.20, which included numerous bug fixes for various gameplay areas and updated much of the touch UI for handheld players.

There is a new button implemented under the Settings > Touch menu to bring up the touch control selection screen, which can be used to change the selected control scheme.

When the auto jump feature is enabled, players will automatically jump out of water when moving towards a land block.

In Creative Mode, when using touch input with the action buttons disabled, the first block break delay is delayed to 800 milliseconds, reducing the risk of accidentally breaking a block.

Added support for drag and drop with touch gestures in inventory. Players can split stacks more easily with touch controls by long pressing.

There are quite a few bug fixes found in this beta. These bugs will be described, and then, if applicable, the bug number will be placed in parentheses.

Spectators will no longer respawn with a reset player level when killed.

Getting killed by a renowned weapon will produce a death message with the custom name.

Previously, mobs could spawn in Ancient Cities on the Bedrock version of the game. This has been fixed. (MCPE-153524)

NPC names were not displaying by default only when viewed.

Huge Fungus will no longer replace partial blocks when growing from Nylium. (MCPE-65661)

Redstone will no longer produce the wrong strength signal in certain configurations. (MCPE-81981)

Usernames can no longer exceed the normal maximum size. (MCPE-152884)

The water texture on some waterlogged blocks will no longer be too shiny when placed under other blocks. (MCPE-76949)

Screen position on some Android devices has been fixed. (MCPE-159703)

The game will no longer crash when loading an arrow with an unrecognized data value. (MCPE-157983)

Tamed mobs can follow the player through the final portal.

The “Clear account login data” button has been removed from all platforms other than Switch. (MCPE-129704)

The profile screen has been split into two sections: General and Account.

Fixed a bug that caused achievements to be disabled for some world templates.

Fixed a bug that caused players to move in the wrong direction after using VR Snap camera movement. (MCPE-152443)

Boats no longer disappear when pushed through a portal. (MCPE-161563)

Teleports will instantly move the player instead of appearing to fly them to the location.

Added the ability to set a custom block with specific properties with /setblockcommand.

The game will no longer crash when loading a structure from a structure block and the player left a dimension through a portal. (MCPE-132561)