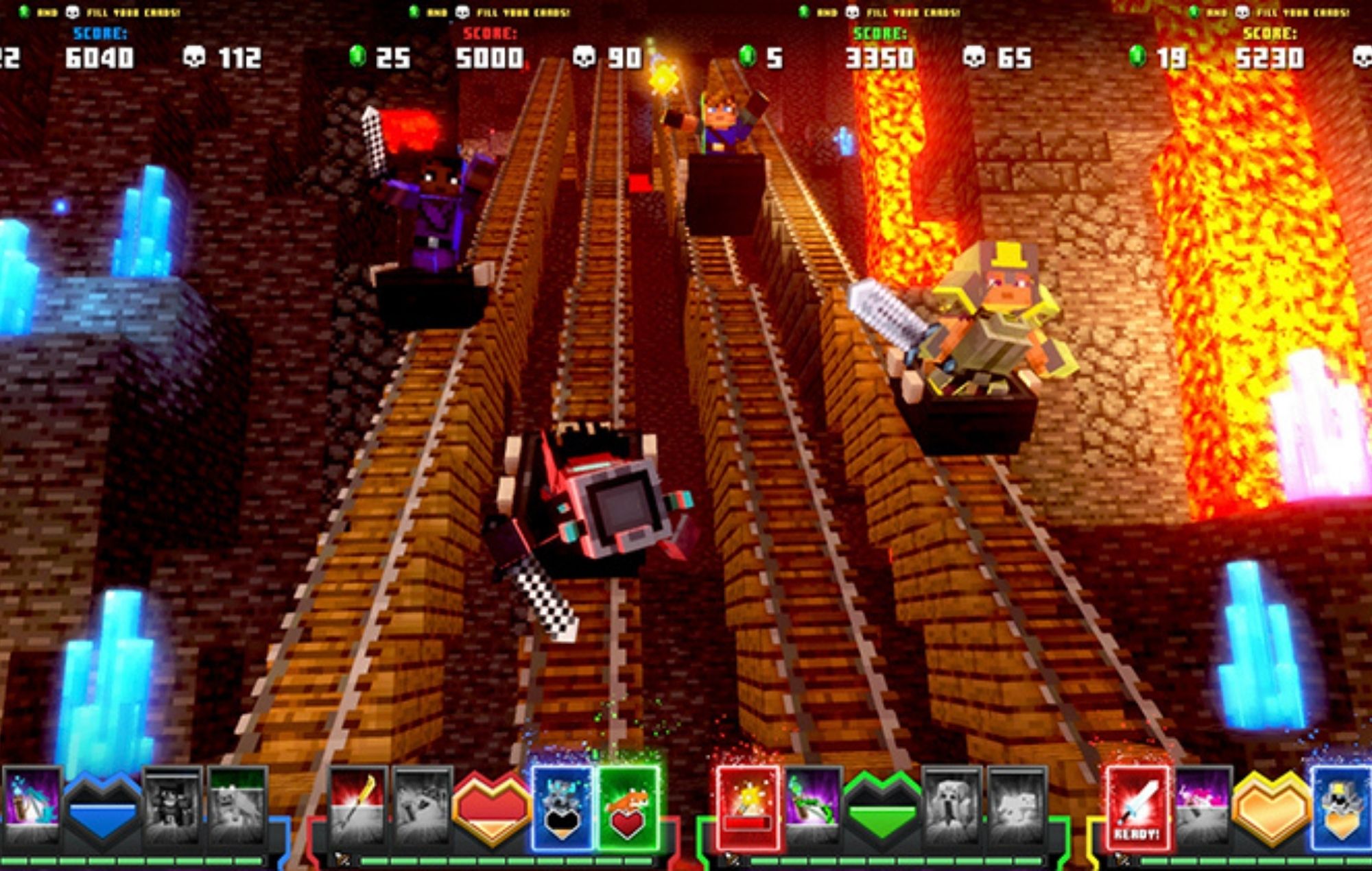 ‘Minecraft Dungeons’ is coming to an arcade near you

Cooperative RPG Minecraft Dungeons gets his own arcade machine.

The cabinet features four-player co-op ideal for arcade action. It comes with nine unique tiers, and each player has three different moves they can use: ranged, melee, and dodge.

Separate from the console and PC version, there is a mode where players use physical cards (presumably awarded through the arcade) to save their progress. There are 60 cards to collect. Each session, players can scan up to five cards via an integrated scanner directly on the arcade machine. The idea is to eventually collect them all. There are ways to earn extra weapons, skins, and more goodies.

“If you step back you can see the similarities between the two, but when you step into [a consumer] game is like a waltz,” said Will Carlin, Creative Director of Play Mechanix.

Carlin suggests using “every button on this control panel to survive.” Players can go to the arcade to try Arcade Dungeons Minecraft Later this year. Several cabinets are currently stationed in North America for initial testing.