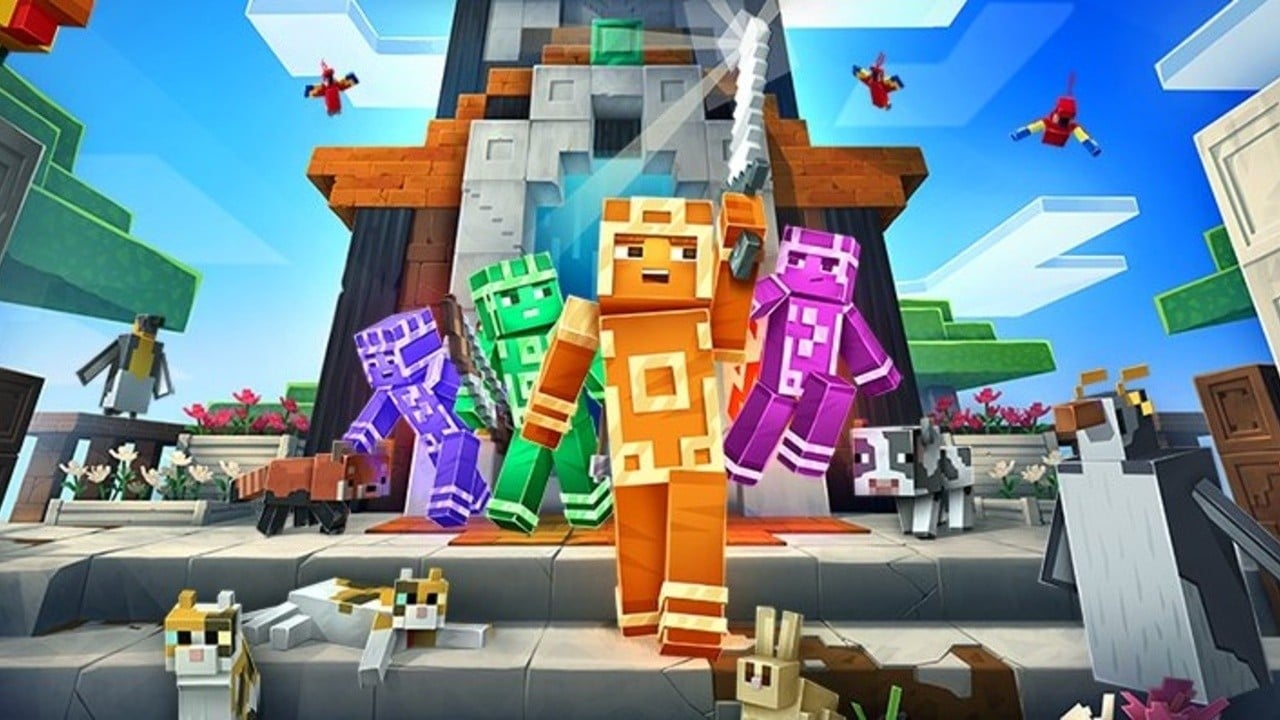 Update [Thu 20th Oct, 2022 01:30 BST]: This new seasonal update for Minecraft Dungeons is now available. As noted on the official Minecraft Dungeons patch notes page, this update will appear as version 1.16.1.0 on the Nintendo Switch.

You can see what’s included in the following videos and the original post below:

“Come one, come all to the healthiest celebration in the Overworld, with a range of activities for everyone! Take on the all-new Tower multiplayer mode, explore the Treetop Tangle jungle level, or adopt the look of your favorite friendly crowd. Doing it is full of surprises – who will you bring to the party?

“A festival has arrived, and with it, new trinkets and companions! Take full advantage of the Fauna Faire with the Minecraft Dungeons Adventure Pass. Access even more festive features with an additional reward track brimming with colorful skins, flairs, capes, pets, and more!”

original article [Sun 16th Oct, 2022 07:00 BST]: During the Minecraft Dungeons segment at Minecraft Live 2022, Mojang announced that it would be releasing Season 3 of the action-RPG dungeon-crawling adventure officially titled Fauna Faire. It’s apparently “all about pets” – and will feature a variety of new animal monsters such as otters, penguins and even hedgehogs.

“The whole season will revolve around pets” with unlocks including pet-themed cosmetics and even emotes. There is also a new jungle biome mission “Tree Top Tangle”, which will be available for free.

The wait is over!

Get ready for a festival on October 19. Not only will there be new items and companions, but you’ll be calling on your friends to help you tackle new challenges together in the Tower!

A new merchant known as Enhantsmith will also be moving into the camp in this upcoming update – allowing you to reroll properties on your favorite pieces of gear.

And last but not least is the expansion of “The Tower”. Fauna Faire’s new “Tower Multiplayer Mode” supports up to four players, requiring players to work together to overcome threats and rise to the top. The game will also scale in difficulty as players join or drop out.

On top of that, a Spooky Fall event is also on its way to Minecraft Dungeons. This event will feature limited-time rewards and will run from October 26 through November 9.

Beware… Something scary is coming around here 🎃

Between October 26 and November 9, brave the trials of the Spooky Fall event to earn time-limited rewards! pic.twitter.com/4Kr2MDledn

Will you be checking out this upcoming Minecraft Dungeons update? Comment below.

2022-10-20
Previous Post: Sykkuno uses sneaky tactic during Minecraft 1v1 against Kkatamina: “You’re sick of that”
Next Post: Minecraft Guide: How to Mine