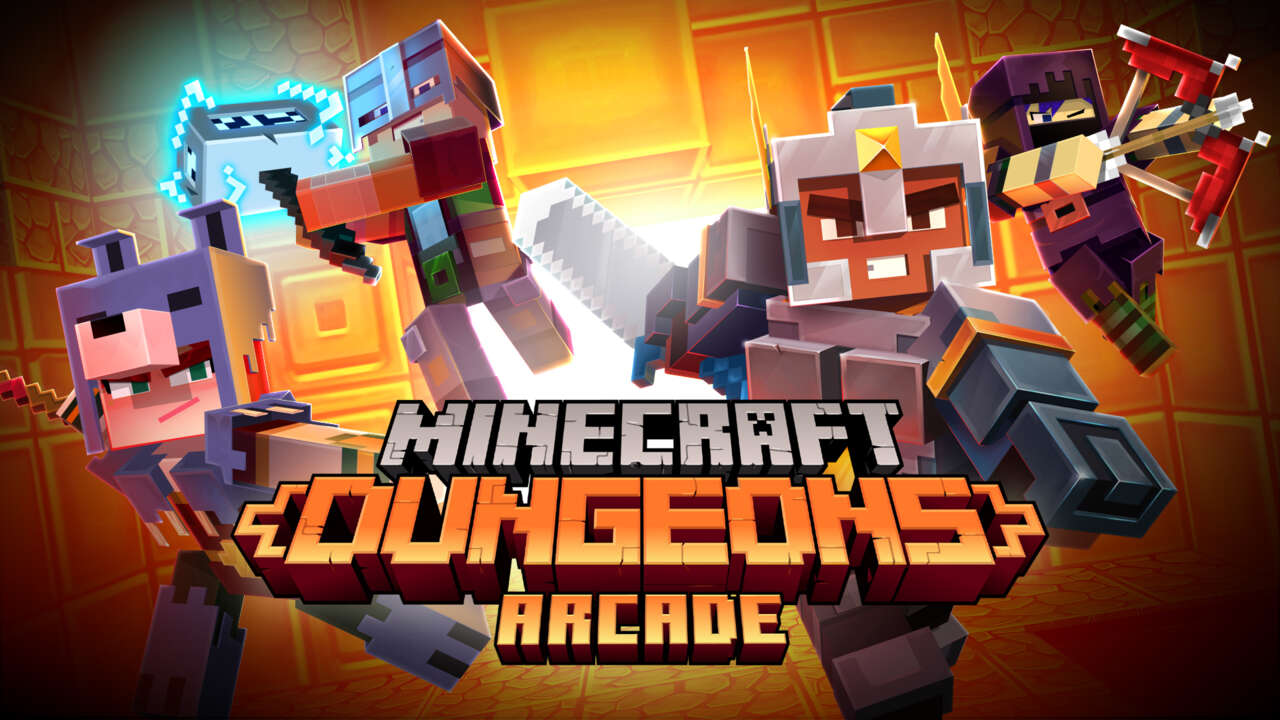 When you think of playing Minecraft, or more specifically the spin-off game Minecraft Dungeons, you probably imagine playing it on a PC. Maybe you’re on a couch, playing on your Xbox with a friend by your side. Mojang and Play Mechanix have something else in mind with Minecraft Dungeons Arcade, a full-fledged arcade cabinet designed to run a custom version of the game.

Although on the surface it is very similar to the existing version of Minecraft Dungeons, Play Mechanix wanted the game to have the fast pace of a traditional arcade title. There are nine levels, with buttons for melee attacks, dodge, and ranged attacks so newcomers can easily play through them. The original game isn’t exactly a complex action-RPG, simplifying Diablo’s core dungeon-crawling gameplay with plenty of Minecraft tropes.

To make up for the lack of saves, progression is handled by physical cards that you’ll get after playing. You keep them and when you play the game again, you can scan it and access the equipment. It’s almost like an Amiibo system, and you can scan up to five in total in a session, with 60 available to collect. It will definitely be an incentive to keep you coming back.

There is also a special card counter in the game which fills up as you collect gems. Once activated, you can unleash a devastating attack on surrounding enemies.

Minecraft Dungeons Arcade isn’t the first time Microsoft has turned one of its franchises into an arcade game. Halo: Fireteam Raven was also made with collaboration from Play Mechanix, as well as legendary designer Eugene Jarvis’ company Raw Thrills. It was a completely separate game from the main Halo titles, however, built from the ground up to take advantage of the arcade unit’s unique hardware.