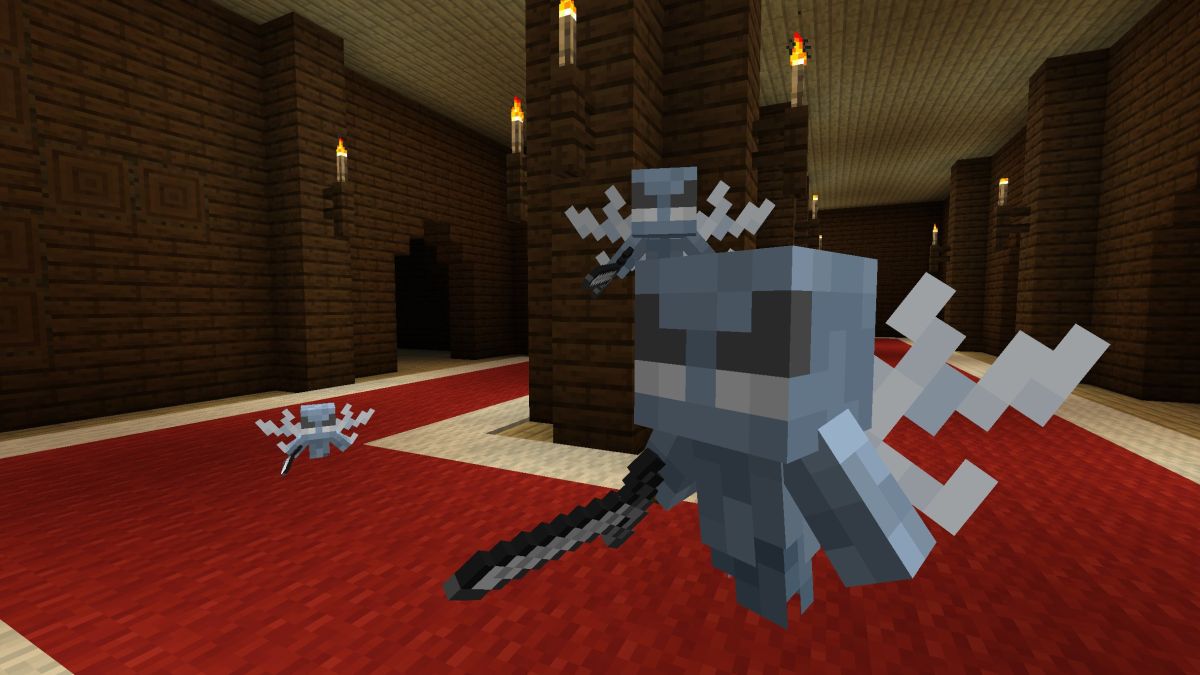 One of the least mentioned hostile mobs in Minecraft is the Vex, a flying, sword-wielding creature summoned by the dangerous and elusive Evokers. For years, the Vex seemed a bit out of place compared to the rest of Minecraft’s cohesive design language, but a new Minecraft: Java Edition snapshot is testing a redesign to fix that.

Minecraft: Java Edition Snapshot 22w45a is now rolling out for interested players on PC and comes with a number of new features and changes. The addition of the headliner is, of course, an all-new design for the Vex that changes its dimensions and textures to align more closely with Minecraft visuals. Now, the Vex appears to be quite similar to the Allay, but with more aggressive wings, eyes, and of course, its deadly sword.

Elsewhere, bamboo is getting two new block types for the Minecraft 1.20 update with the bamboo block and stripped bamboo block matching the behavior of logs for other wood types. Creative inventory is also getting some final tweaks in line with community feedback, which has changed significantly over the past Minecraft: Java Edition snapshots.

One of the most legendary PC games, Minecraft: Java Edition is far from over. Mojang Studios is hard at work on what’s next for Minecraft with the feature-rich 1.20 update, which will focus on player expression, representation, and creativity. Minecraft’s next content update will arrive sometime in 2023.

2022-11-09
Previous Post: How to Beat the Redstone Golem in Minecraft Dungeons
Next Post: 5 Best Minecraft Mods for Mobs and Bosses in 2022