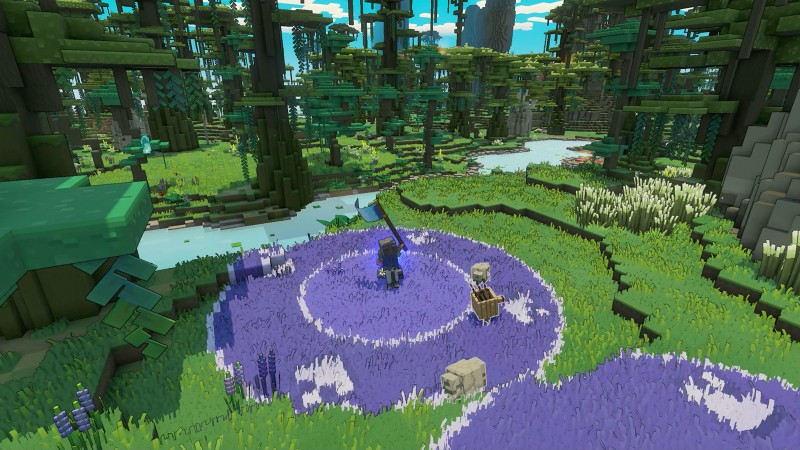 I love Minecraft and have been playing it on and off since it came to Xbox Live Arcade in 2012, but I don’t care about spin-off games from the series like Dungeons or the story mode developed by Telltale. While these games were fine, they defeated the reason I love Minecraft – building and crafting.

Developer Mojang Studios is shaking things up with its next spin-off, and after my behind-closed-doors demo at Gamescom, I’m interested.

Minecraft Legends is a third-person real-time action strategy game. Yes, that’s a lot of keywords, but I promise the game is easier to understand than you think. You play as the hero of the game, tasked with destroying the enemy Piglin armies that have established fortresses across the world. Strategy is at the heart of the game, so while you’re able to wield a sword, you’re much more handy in building and commanding soldiers to fight on your behalf. In that way, it reminds me of Overlord from 2007.

Every enemy stronghold is different – some favor defensive structures over offense, others ranged units over bruisers. You must build an army capable of countering them, but first you must explore the area to find a suitable location to create a base of operations. The company representative, leading the presentation, begins farming a nearby hill for resources, then builds a base of operations.

The building is different in Minecraft Legends. Instead of placing individual voxel blocks, you create prefab structures with distinct properties. It’s an efficient method since it’s a strategy game, and every minute counts. During our session, I only saw a few of these buildings, but they all fit into traditional RTS pipelines – unit production, field upgrades, mobility, and defense. That’s when it all clicks and I realize how cool Minecraft Legends could be.

We are at the headquarters of the Bastion Horde, a group of Piglins entrenched in a base with strong walls and Netherspreaders. Think of Netherspreaders like the Zerg’s Creep in Starcraft – it spreads a dangerous area across the map and is difficult to navigate. To penetrate the enemy’s perimeter, the player calls on the Cobblestone Golems, units capable of quickly breaking down walls. Plank Golems and Mossy Golems accompany the brutes, specializing in ranged damage and healing.

We charge down the hill and besiege the horde base. Your troop of allied units naturally follows you around the battlefield, but you can also ask them to focus their attacks on specific enemies or buildings. We are targeting a barracks tasked with generating more Piglins to prevent enemy reinforcements. The Company representative places a tool called an extendable platform that transforms into a moving staircase to scale a large cliff in the base, simultaneously slashing and destroying enemy units with his sword. 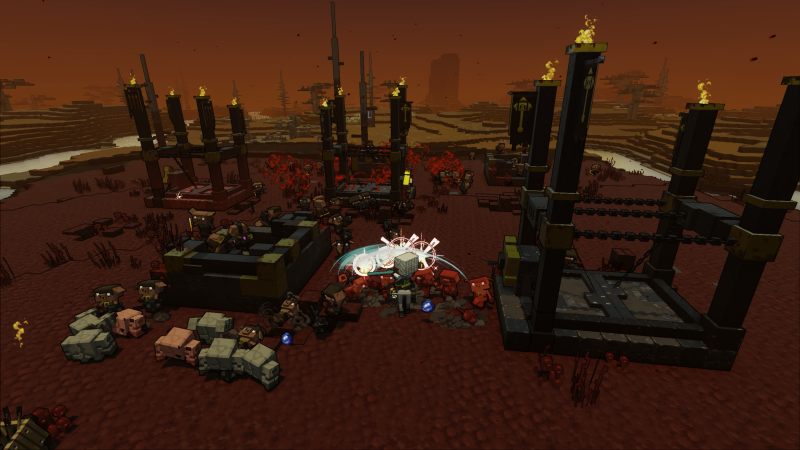 We are ascending to the Nether Portal, the core of the base. We are told that an evil boss awaits us inside and that we must defeat him to clear the base. But unfortunately, that’s where our demo ends.

I’ve been thinking about Minecraft Legends since my demo this morning. My mind races with the ways Mojang can implement the staples of Minecraft in the RTS genre: Redstone to upgrade buildings and structures, farms to feed and maintain an army, and railroads to connect bases. There are plenty of possibilities to explore, but unfortunately we’re left to our imaginations until Minecraft Legends comes out in 2023.

2022-08-24
Previous Post: How to Get (You Can’t Craft) a Saddle in Minecraft
Next Post: Nine LEGO Minecraft sets listed for 2023 release, including BrickHeadz