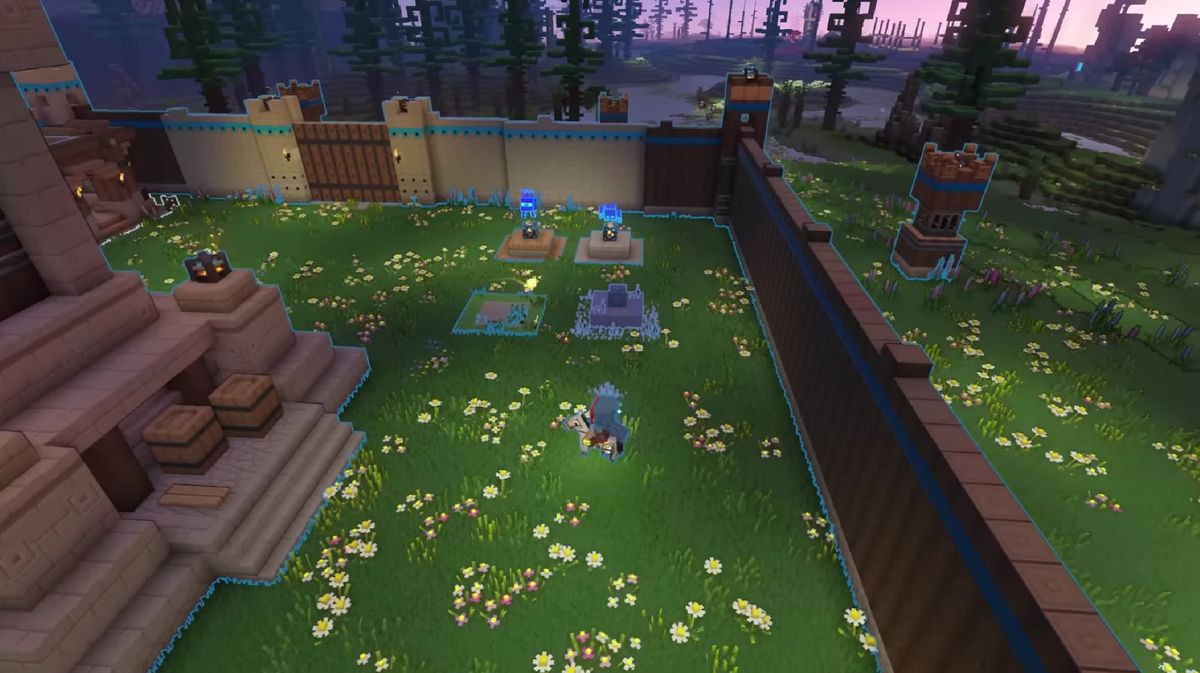 The next big Minecraft spin-off is a strategy game, which means players will be able to go head-to-head in team battles.

On Friday, Mojang Studios and Blackbird Interactive shared details about PvP (player versus player) combat in Minecraft Legends. Although PvP was previously confirmed as part of the game, there were no exact details on how it would all work.

According to the developers, PvP divides players into a blue team and an orange team, with each team trying to destroy their opponents’ base while building more powerful structures and units as the game progresses.

“We didn’t want to just take the Minecraft IP and stick it on a standard RTS,” says Blackbird Interactive game director Pete Gahn. “We really wanted to make something that felt like a Minecraft strategy game, as opposed to just a strategy game with Creepers in it.”

Minecraft Legends gameplay has already been revealed during Minecraft Live 2022, where the team also explained how the game will receive post-launch support, although it is different from the support received by other games like Minecraft. Dungeons.

Minecraft Legends doesn’t have an exact release date at this time, but the game is expected to launch sometime in Spring 2023. When it does launch, it will be available on Xbox Series X, Xbox Series S, Xbox One, PC, PS5, PS4 and Nintendo Switch. As with all first-party Xbox titles, it will also be available from day one in Xbox Game Pass.