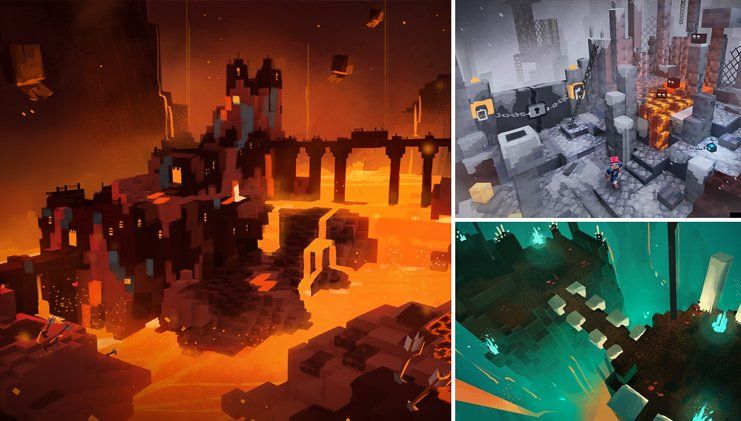 The interview is with Level Designer Laura de Lorens and Art Director Daniel Björkefors of Mojang Studios. The interview discusses the fundamental differences between Minecraft and Minecraft Dungeons and all that had to be done to bring the Nether to their descendent ARPG, without ruining what makes the Nether so special in Minecraft. According to Daniel, “(Mojang Studios) ended up with over a hundred pages of concept art for the Nether, including everything from general coloring to new plants, props, armor, and weapons that match environments. “

This meant new textures, items, effects, and a general expansion of the Nether with new environmental details and more. The Flames of the Nether expansion even opens with a gorgeous and mysterious machine that has long since collapsed. You can read the full interview now and check out all the beautiful concept art shared in the article!

(opens in a new tab)