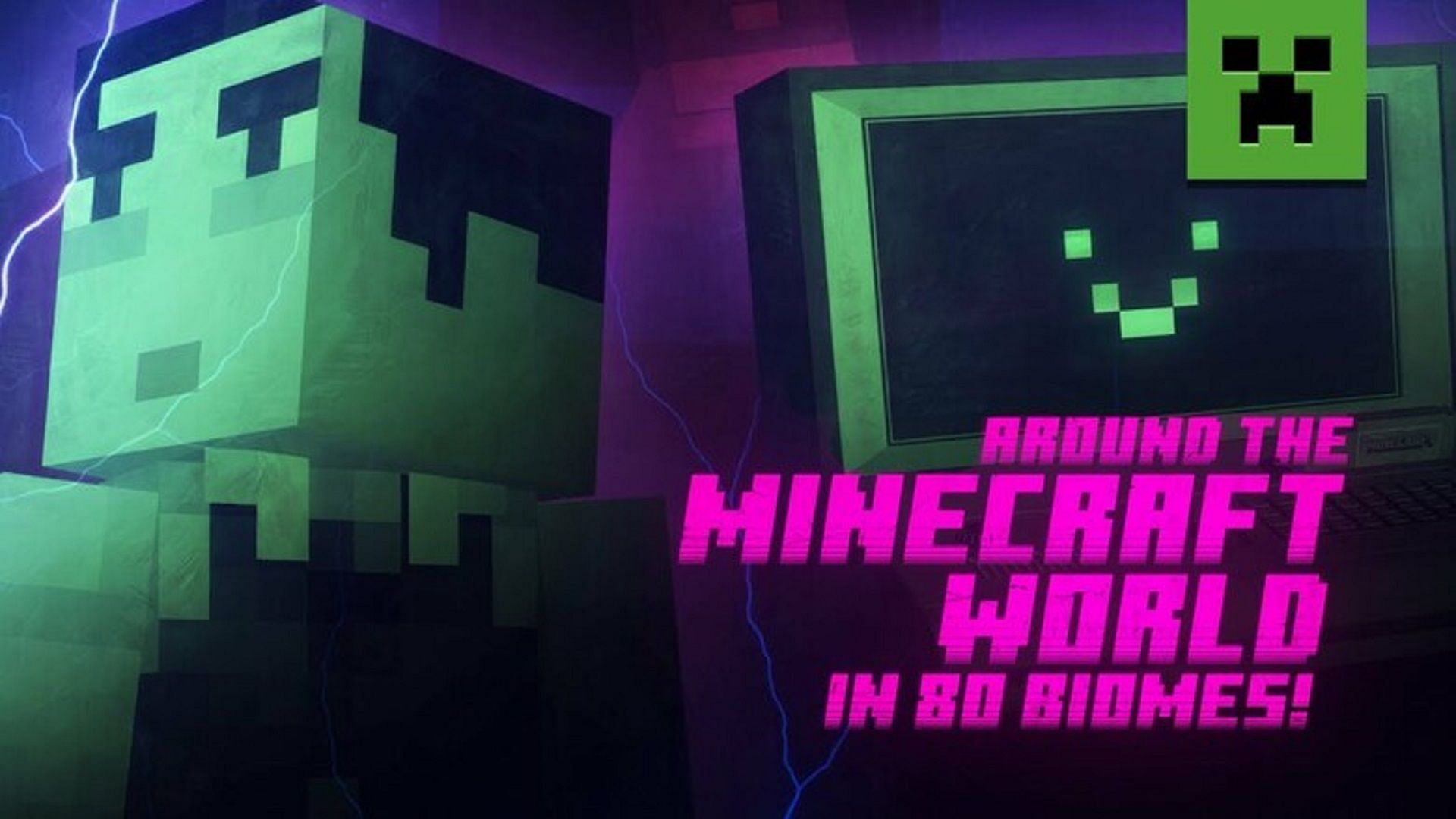 On November 6, 2022, Mojang Studios announced that Minecraft fans will receive a new monthly web series: “Around the Minecraft World in 80 Biomes”. Each month, the series’ narrator and his companion Marilla will provide stories about the game’s biomes.

According to the official trailer, the story follows the exploits of a former Mojang employee who aims to sabotage the gaming world by unleashing an in-game mob named Mobbo, who previously appeared in the spin-off game Dungeons.

The unusual mob has caused much destruction throughout the Overworld, and only the Narrator and Marilla can stop it. As the duo explore the Overworld, they’ll reveal behind-the-scenes information about Minecraft’s various biomes. With that in mind, here’s what’s known about the Minecraft web series so far.

‘Around the Minecraft World in 80 Biomes’: Everything We Know So Far

Not much was leaked by Mojang in the initial trailer for the new series, but some things have certainly been confirmed. “Around the Minecraft World in 80 Biomes” will feature a serialized overarching story as the Narrator and Marilla attempt to stop Mobbo’s evil deeds. Along the way, the duo will receive information from the developers on how the game’s many biomes were created and implemented.

With so many in-game biomes to cover, the web series should continue for quite some time. That said, it’s unclear if every biome will be covered or if new ones that are released during the show’s runtime will be touched on.

The trailer simply shows the narrator and Marilla exploring various parts of the world, hostile veterans, and some unusual constructions presumably built by Mobbo himself.

Perhaps in the next few weeks, Mojang will reveal additional details regarding “Around the Minecraft World in 80 Biomes”. However, it’s just as likely that the developers will keep quiet and allow the first episode of the series to give fans an idea of ​​what to expect.

Any relevant information will likely arrive via the game’s official YouTube channel. That said, fans of the world’s most popular sandbox title may have to wait until the pilot episode of the series is released.

For now, patience is a virtue for Minecraft enthusiasts. Regardless of whether new information comes to light before the first episode airs, fans will likely be happy to see a new set of content arrive every month for the foreseeable future.