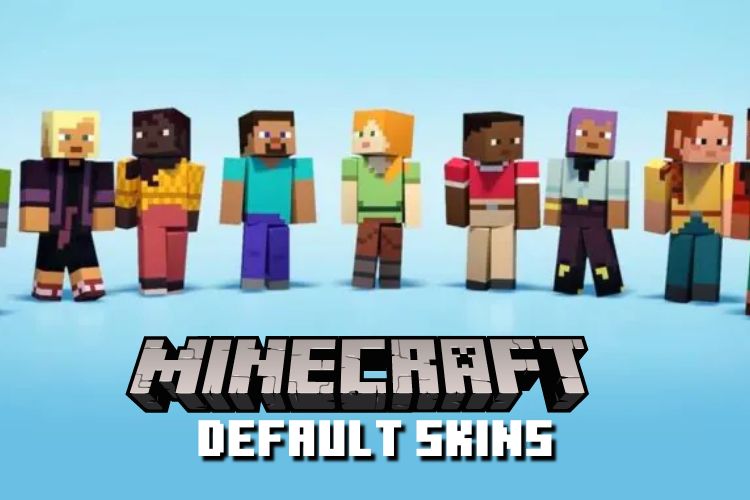 Imagine jumping into a Minecraft server only to see a group of like-minded players running around the world. This chaotic picture has been the case for the majority of Minecraft’s lifespan. But not anymore. With nine amazing options for default Minecraft skins, you can now stand out in the game. But which option is right for you? Or rather, which one to use? Let’s find out !

We’ll go over each default skin separately to help you decide which one best suits your style. But our list is by no means ranked, so use the table below to explore all the skins in the game.

To note: Our guide features skins from the official Minecraft blog, as well as official images. Depending on your game version, shaders, and graphics settings, skins may appear slightly different in-game.

As of October 2022, Minecraft had a total of nine unique skins. Each skin is different from others in hairstyle, fashion and even skin color. They are an important part of Minecraft’s attempt to bring inclusiveness to the game while making the game more interesting with new mobs and biomes in the Minecraft 1.20 update.

That said, here’s a complete list of all of Minecraft’s default skins:

Interestingly, except for Alex and Steve, all the other default skins were unveiled recently during the Minecraft Live 2022 event. The new default skins were added to Minecraft over 10 years after the official launch of the game. However, the huge collection of the best Minecraft custom skins has gamers covered so far.

Steve is the most popular default character skin in Minecraft. He is the main character who was introduced as the protagonist with the game’s launch in 2011. Steve wears a sky blue t-shirt and blue jeans while rocking a stylish goatee. Even as the protagonist, Steve has no official backstory, allowing players to imagine him however they wish.

This open plot led to many new characters stemming from Steve. The most popular is the Herobrine, which became popular as a meme in the early 2010s. People believed that Herobrine, Steve’s evil clone, would come around and destroy your builds when you weren’t looking. More often than not, we still find Herobrine fans in the main Reddit communities, Minecraft Discord servers, and even our comments section.

Alex was introduced to the game in 2014 as the female equivalent of Steve. She rocks an orange ponytail, green eyes and wears a light green shirt with brown pants and long gray boots. Similar to the new skins, Alex’s introduction to the game was an attempt to make it more inclusive.

Thanks to their popularity, Alex has found his way into other video games, including Super Smash Bros Ultimate and Minecraft Dungeons. At the time of its introduction, it was clarified that the game will randomly assign the default skin to players regardless of gender or age. The same system of randomly assigned characters has continued since then.

As of this moment, our list goes over all the new default skins added to Minecraft in October 2022. These skins aim to make all players feel welcome in the game, regardless of their background in the game. real world.

First up we have Noor, who has short brown hair that matches their brown eyes. They wear a reddish jacket over a black t-shirt that is tucked into teal pants. Remember that “Noor” is the Urdu word for “lightand is a common name in families originating from Southeast Asia and Middle Eastern countries.

Sunny has short grayish black hair with matching deep black eyes. They are wearing sneakers and a green shirt with rolled up sleeves. And to top it all off, they also wear jeans with straps, including an unfastened strap. Not to mention, at first glance, Sunny seems have a gray prosthetic arm.

No matter how you pronounce his name, Ari has the cutest face out of all the default Minecraft skins. They have rosy cheeks, a brown ponytail and black eyes. Ari wears a yellow top over blue jeans and black sneakers. They also have a distinct belt on their waist, which matches their hair.

Zuri has a hairstyle similar to Sunny with short black hair. They have a darker complexion and brown eyes, which match perfectly with the brown belt that is tied on Zuri’s khaki pants. Then, to enhance this subtle look, they wear a bright red t-shirt with white collar and sleeve ends. Overall, Zuri has the most subtle look of the entire group of default Minecraft skins.

Channeling a happening vibe, Makena wears a yellow shirt that can easily blend in with Minecraft’s golden armor. They have dark brown hair that falls over their shirt and features the same color tone as their eyes. Matching the hair and eyes of the default skins seems to be a trend in these new skins. Well, Makena is definitely the leader in this field. Finally, to complete their look, they have soft red pants that are rolled up at the bottom, allowing the brown and white sneakers to stand out.

Kai easily has the most distinct look of the crew. They have blonde hair and a beard that wrap around their heads. This hair is tied with a purple elastic at the back. The color of their elastic matches perfectly with their purple dress which has a block shape on the back and lavender sleeve ends.

For the lower part, Kai wears dark purple pants and purple-white shoes. Not to mention, they also have a purple band attached to their waist which is subtly visible through the flight. At first glance, Kai looks like someone who knows the secrets of the Nether Portal in Minecraft, which has the same color scheme as Kai’s outfit.

If the variety of options prevents you from picking one, we suggest you opt for Efe as your default Minecraft skin. They easily have one of most detailed appearances, delivering royal vibes. Efe has a gold belt buckle, a gold bracelet, gold earrings, and even a touch of gold in their shoes. This golden fashion goes well with Efe’s whitish sea-green shirt and dark purple pants.

They also have an elegant looking dark purple bow tucked into their shirt. Efe’s purple hair and purple eyes match the rest of their appearance well. And the gold in their clothes only further emphasizes their style.

How to Use Default Minecraft Skins

Whether you want to use the default or custom Minecraft skins, the option is readily available in-game for the Bedrock Edition and in the Minecraft Launcher for the Java Edition. You can use our dedicated guide to learn how to install Minecraft skins to get the most out of them with ease.

Just like that, you are now familiar with all of Minecraft’s default skins library. Now all you have to do is equip them and make a name for yourself in these survival Minecraft servers. However, if you are someone who wants more character customization, we suggest you try these best Minecraft girl skins. There are some truly unique options in this guide. With that out of the way, what’s your favorite default Minecraft skin? Tell us in the comments below!