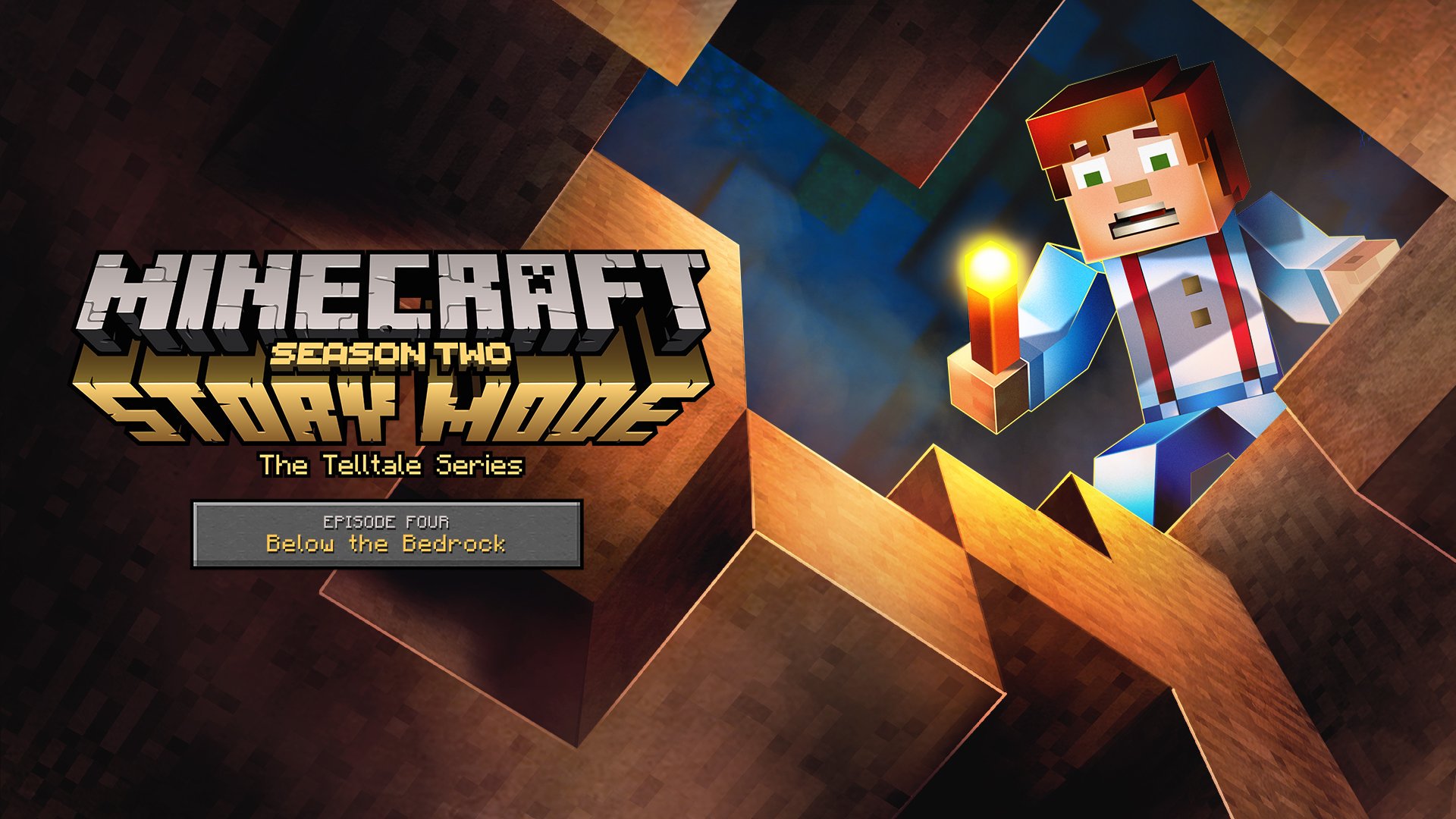 With many highs and only a few lows throughout the series so far, Minecraft: Story Mode Season 2 ended up becoming more of a mundane story after an exciting start. Now, with the release of the penultimate episode and the finale just around the corner, can the story shake itself out of its dull rut and develop into something interesting in Minecraft: Story Mode Season 2 – Below Bedrock?

Since the history of Minecraft: Story Mode Season 2 – Below Bedrock continues right after the events of Jailhouse Block, it is worth finishing previous episodes before continuing to read this review as various events and twists from previous episodes will be discussed from now on. 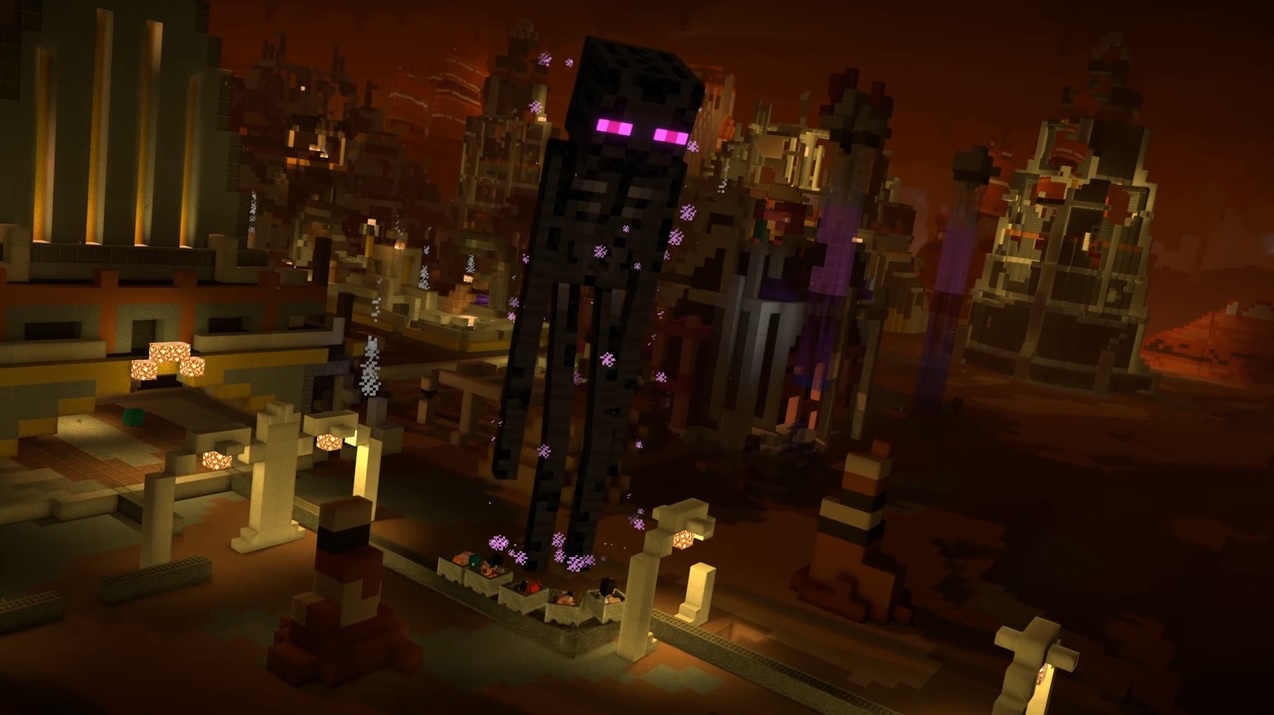 After successfully escaping the Admin’s “Sunshine Institute” where any enemies or people he cares about end up being kidnapped, Jesse and the gang, now accompanied by the Admin’s former friend, Xara, and the rest of the group that was once separated from them. Unfortunately for them, the way back isn’t as easy as escaping, as they’ve now stumbled across a forgotten realm that the Administrator once called home before moving on to better things and leaving the world behind. fall into disarray.

This not only leads to the group facing off against a giant Enderman, but also dealing with denizens who haven’t seen a normal world in some time. Add to that the fact that Xara has a lot of history in this area and an important story to tell and the world under the pedestal becomes a world filled with danger, but also one that may hold the key to putting an end to the Admin once for all. everything.

After the previous episode left players feeling like they were just following the moves in an effort to extend the runtime of the series, Minecraft: Story Mode Season 2 – Below Bedrock manages to advance the story just enough to keep players interested in seeing how things will end while providing us with plenty of information about the past that is shared between the admin, Xara, and another friend of theirs who has since plagued by the conspiracies of the Admin. 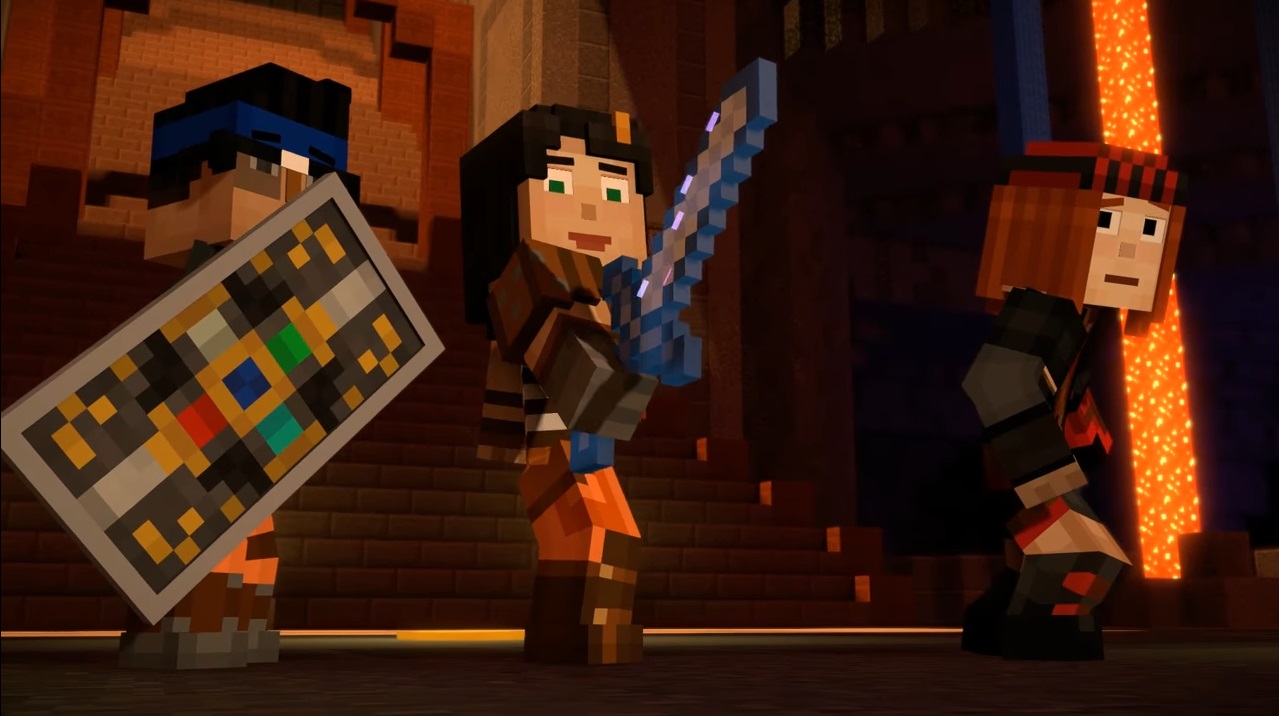 Not only does the base storyline gain satisfying development and forward progression, but the characters also see a fair amount of interaction. Petra and Radar continue to grow throughout this episode, with Petra continuing to struggle with her place in the world and how Jesse will eventually fit in once the Administrator is defeated and Radar trying to prove himself capable of manage and take the drive if need be. In fact, even a familiar face makes a reappearance which is treated as a kind of short but fun cameo.

There’s a satisfying balance of seriousness and lighthearted comedy here in Under the bedrock although this is mainly because the stakes never seem too high, even when it appears that a character is in mortal danger since, at worst, they will only disappear for a short time. One thing this installment features in spades is the action as the developers have really dialed in that feature this time around as players not only fight with a horde of enemies at one point but also have to battle a puzzle-style boss.

While the action points are the most exciting elements, the majority of this episode still revolves around Jesse speaking with his allies as well as the characters he encounters while exploring this abandoned world. The free building segments are doubled this time around, so if you enjoy creating a unique design, you’re twice as likely to do so this time around, but if you’re building absolutely nothing, the game is okay with that as well. 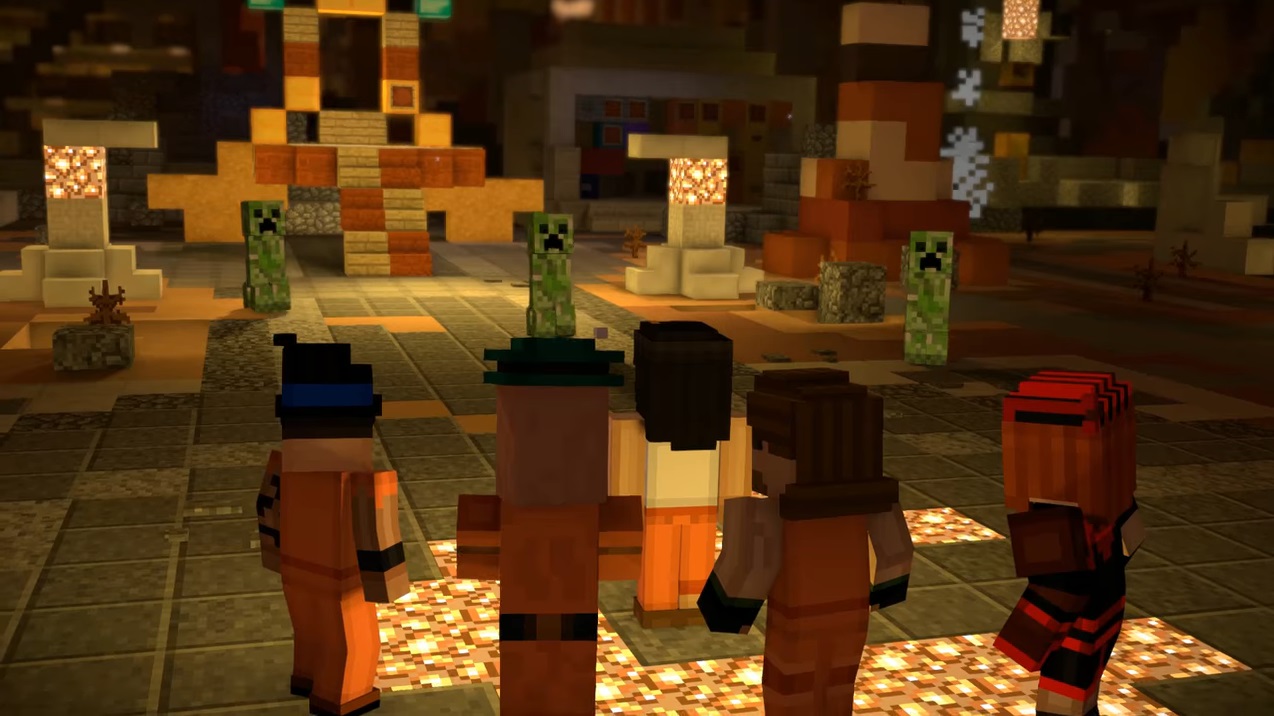 Back to those action scenes though, we get the thrilling feeling of battling a large, fire-breathing opponent that forces the player to not only dodge incoming flames but also over-the-top attacks while trying to lure the creature onto switches that will lead to his defeat. This combination of puzzle and boss fight makes for a satisfying combination in a game like this. As for the other treasure battle, players will need to keep Jesse on a pivot to avoid being overrun by opponents, though that could also cause a problem. During my time with this battle, I saw two instances where, no matter how long the fight lasted, enemies kept coming even when the battlefield had been cleared, with death being the only way to restart.

Since the design this time around happens to be a forgotten world fallen into disarray, the developers have managed to create some interesting places for players to roam, even though everything has an “apocalyptic red” tint to it. Luckily, the aforementioned action sequences are designed to be impressive, though it would be nice to see a bit of extra variation with certain enemies besides making them extra large. 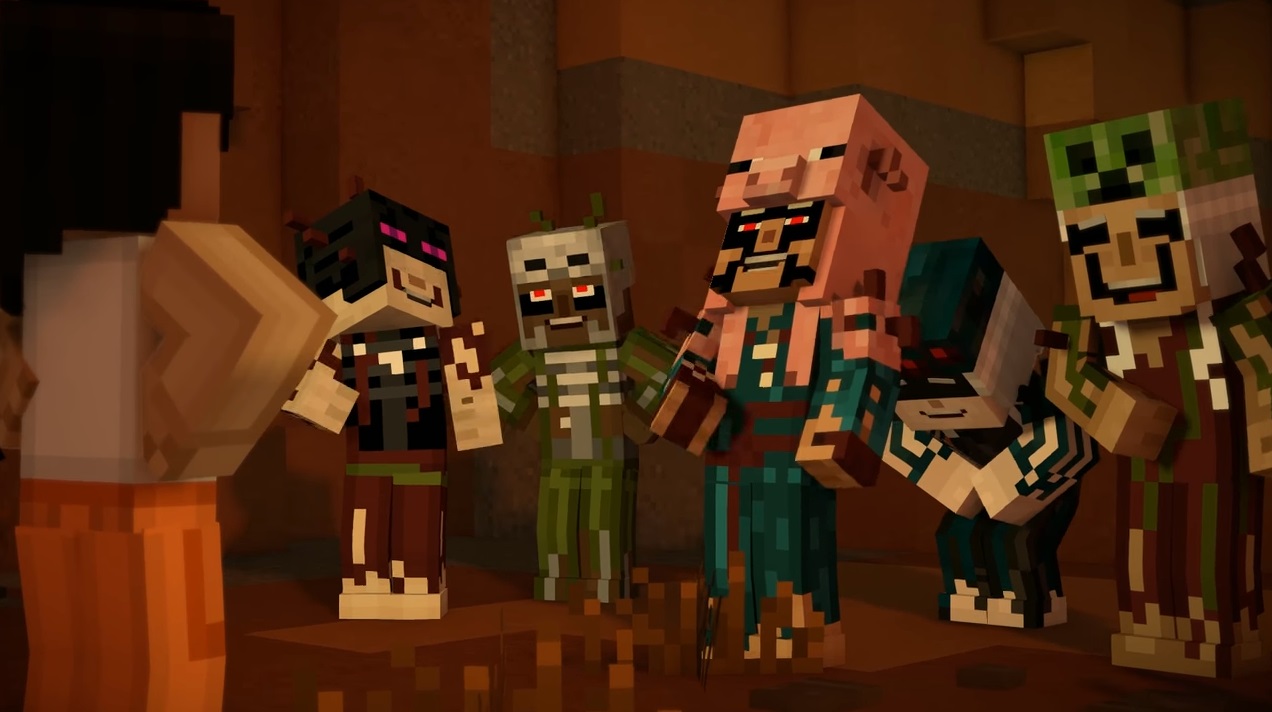 The voice work throughout this installment continues to impress as the actors handle their roles appropriately and the soundtrack also lives up to what gamers have come to expect from the series.

After a medium intermediate episode Minecraft: Story Mode Season 2 manages to pull itself together to deliver a satisfying penultimate episode with Under the bedrock. With interesting action pieces and solid story development and pacing, this installment feels like a comeback for the series. Let’s just hope this improvement in quality holds for the finale.