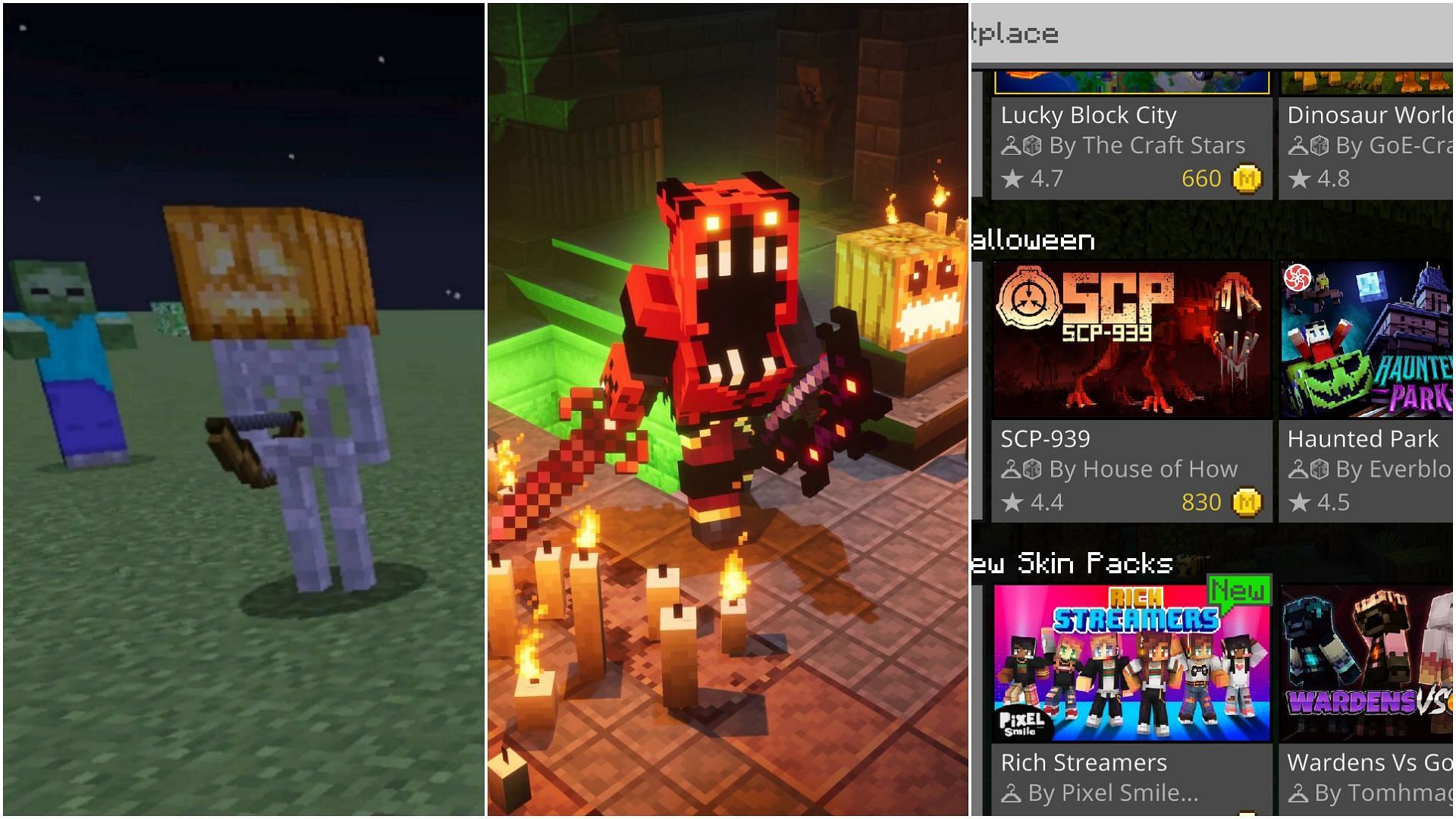 What happens in Minecraft during Halloween?

Minecraft will be bringing special in-game Easter eggs and new content to market this Halloween season. Easter Eggs do not require any additional updates as they activate in-game every year in October. Some features will be available for several days, while others will only be available on Halloween (October 31).

On the Bedrock Edition, Mojang is adding new horror content to the marketplace. They hold this market revamp every year to attract more fans. Apart from that, they even added new features to Minecraft Dungeons.

Everything new in Minecraft during the Halloween period

When October arrives, many Java Edition features will be enabled automatically. These features have been present in the game since the 1.4.2 update in 2012. These little Easter eggs add a festive atmosphere and are entertaining to watch, especially for those new to the game.

Bats have become much more common since the spawning light level has been increased from three to seven. Bats can be ineffective and harmless in the game, but they are considered strange in real life. This happens between October 20 and November 3.

On the splash screen, specific text is also visible. No matter how many times players re-open the game on October 31, they will see the text ‘OOoooOOOoooo! Scary!’ This is a pretty fun little Easter egg to look at.

Finally, several hostile mobs such as Skeletons, Zombies, and Wither Skeletons spawn with carved pumpkins and Jack O’ Lanterns on their heads on occasion. Because pumpkin carving is one of the most iconic Halloween decorations, this feature is ideal for this time of year.

The Bedrock Publishing Market has undergone a “Spooky Season” overhaul starting October 4, putting players in the holiday spirit. The market has been revamped for Halloween, displaying spooky maps, skins and other items. Mojang has also released new custom skins, both free and paid versions.

Additionally, 13 new Minecraft Dungeons hero skins have been added to the Bedrock Edition, allowing fans to become the heroes of the Dungeon Crawler game.

Mojang is adding a new mini-game to Dungeons called “Spooky Fall” between October 26 and November 9. Players can participate in the mini-game with their friends to earn special rewards that are only available for a limited time. One of the rewards is a Red Phantom mob pet. Unfortunately, that’s all the Dungeon Crawler game will offer during Halloween.

Other goodies from Mojang

Along with all the game’s features and additions, Mojang also provides players with special printable mask files of various hostile monsters that they can wear in real life. They even have recipes for two different specialties that people can make and enjoy.