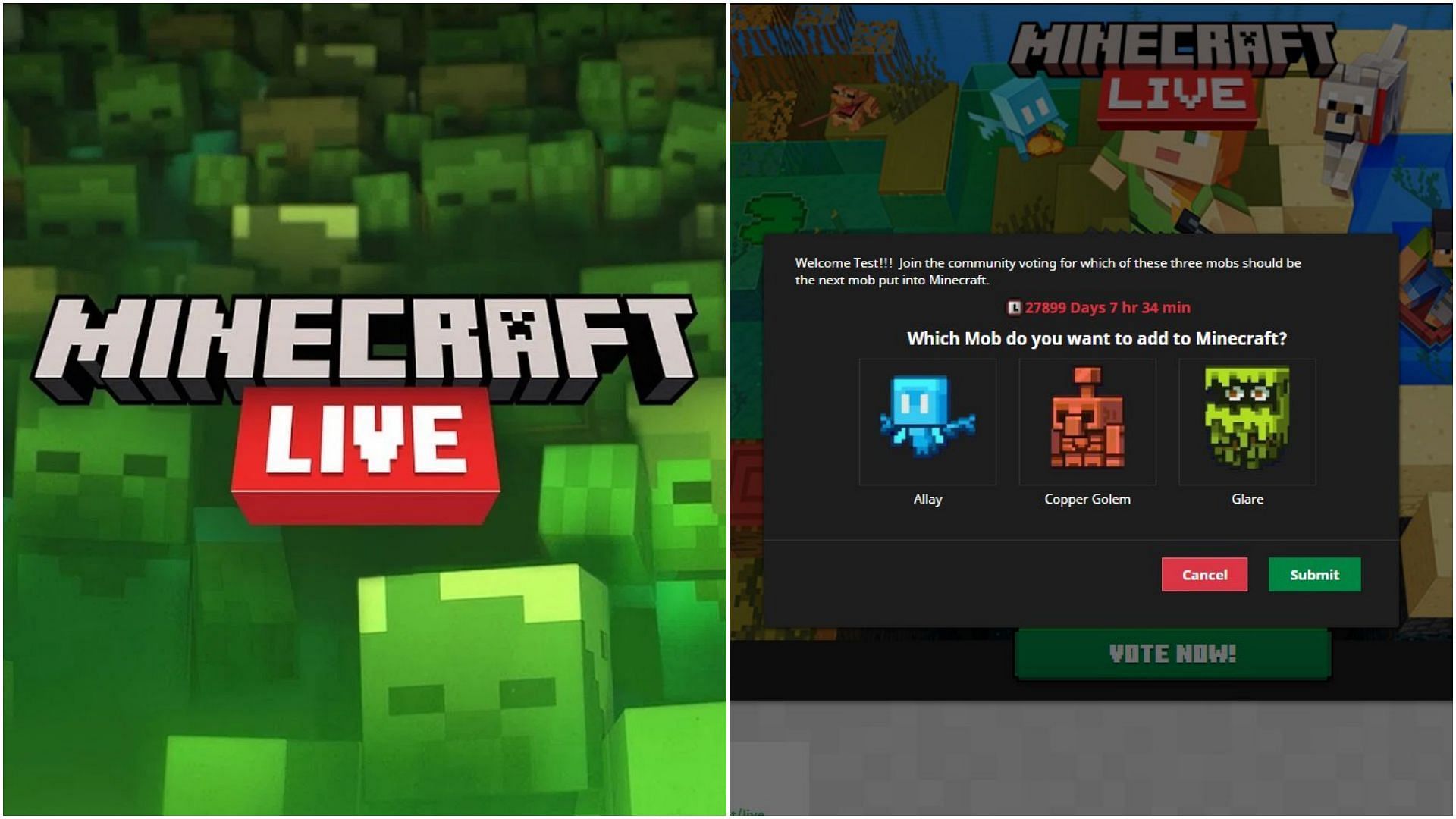 What to expect from this year’s live stream event

There’s been a lot of buzz surrounding Minecraft Live 2022 since Agnes Larsson, the game’s Senior Director, announced when the event will take place.

Minecraft Live is arguably Mojang’s biggest live event, as it’s when developers announce most of the new features they plan to add to the game.

During a Minecraft Now livestream on August 25, Larsson announced that the 2022 edition of the event would take place on October 15.

Note: This article reflects the views of the author only.

The Minecraft preview has been updated with a new button that says “Minecraft Now”, which now has an active countdown. This is how this year Minecraft Live will be revealed as well as how crowd voting will be done in 2022 so no voting via Twitter as mentioned by @RogerBadgerman

The Minecraft preview has been updated with a new button that says “Minecraft Now”, which now has an active countdown. This is how this year Minecraft Live will be revealed as well as how crowd voting will be done in 2022 so no voting via Twitter as mentioned by @RogerBadgerman https://t.co/2uakUHrZnL

Like last year’s event, Mojang will be holding another crowd vote where players can choose which new mob will be added to Minecraft with an upcoming update. Whoever receives the most votes will be declared the winner.

Prior to these crowd votes, developers usually post videos showcasing each mob and their in-game features.

Although Mojang has yet to announce the mobs that will compete, it has been confirmed that Minecraft Live 2022 will have a crowd vote.

Mojang aims to make its upcoming live events more interactive and fun for gamers. The company doesn’t want players to sit around and watch the event; he wants them to get more involved.

To that end, the developers will soon bring new updates to the Official Game Launcher and Bedrock Edition to improve the immersion and reach of the event.

The official game launcher will get a new section where players can follow everything related to the Minecraft Live event. They also vote for their favorite crowd using the launcher.

Additionally, the Bedrock Edition of the game is getting a new feature called Gatherings. This feature allows players to enter a multiplayer world officially hosted by Mojang, where they can actively participate in the Minecraft Live event. Players can then play several mini-games and vote for their favorite mob directly from the game.

However, many details about these features are still unknown to the general public. More information is expected to be shared by the developers as the live event draws closer.

As of now, Mojang has been testing the collection feature on the game’s beta, where they’ve held the Minecraft Now event on August 25.

Many new features are expected to be announced during the main Minecraft Live event. Players are also anticipating an update to the main game and dungeons.

Some have speculated about an update for the Kingdom of the End, while others are still curious about the portal-like structure in ancient cities and want a new dimension.

As of now, no one knows anything about the new features or the update. However, the developers will most likely announce their plans soon.

Mojang will also likely talk about its new Minecraft Legends game at Minecraft Live 2022. More features and gameplay footage are expected to be showcased.